For months now fans and analyst alike have been speculating the direction of the Tampa Bay Buccaneers come draft day, and Thursday could have been a telling tale that they found something they like at pick number 19.

Signed prior to the 2014 season, Alterraun Verner, 28, was considered a top-tier free agent cornerback when the Buccaneers signed him away from the Tennessee Titans to a four-year, $25.5 million contract. Verner’s production dipped in Tampa, including a simply awful season in 2015 that led to him being benched and the Buccaneers using their first-round pick in the 2016 NFL draft to land cornerback Vernon Hargreaves III.

Hargreaves played well in his rookie campaign, and Verner only started three games this season at cornerback. The promise of Hargreaves led the Buccaneers to feel confident in cutting Verner, a move that will save them $6.5 million against the cap in 2017.

Regardless, the release of Verner does leave another hole to fill in the defensive backfield this offseason, and the draft may just be the perfect place to fill the void left in Verner’s departure.

Cornerback is a critical position on the football field, and the Buccaneers would have an advantage to drafting on with their first pick. With Brent Grimes and Hargreaves on the roster in 2017, the Buccaneers have the ability to fill a need without having to throw said player to the wolves in his first NFL season. There have been instances of cornerbacks who were clear-cut first round picks and not succeeding in the NFL (see Dee Milliner).

The top names that the Buccaneers should be keeping a close eye on are Marshon Lattimore (Ohio State), Sidney Jones (Washington) and Marlon Humphrey (Alabama). Problem is 18 teams will be picking ahead of the Buccaneers, and there is a solid chance that some if not all of them will be gone by the time the Buccaneers pick at 19. The Browns, Bears, Titans, Jets, Bills, Saints, Cardinals and Eagles could all use help at cornerback, and all pick before the Bucs do.

This year’s NFL draft is cornerback rich, and barring the results of the NFL combine that starts on March 3rd for DB’s could see as many as nine different cornerbacks receive a first-round grade. Last season, the Buccaneers selected Florida Gators cornerback Vernon Hargreaves and may look towards the swamp for their first-round pick this year as well. 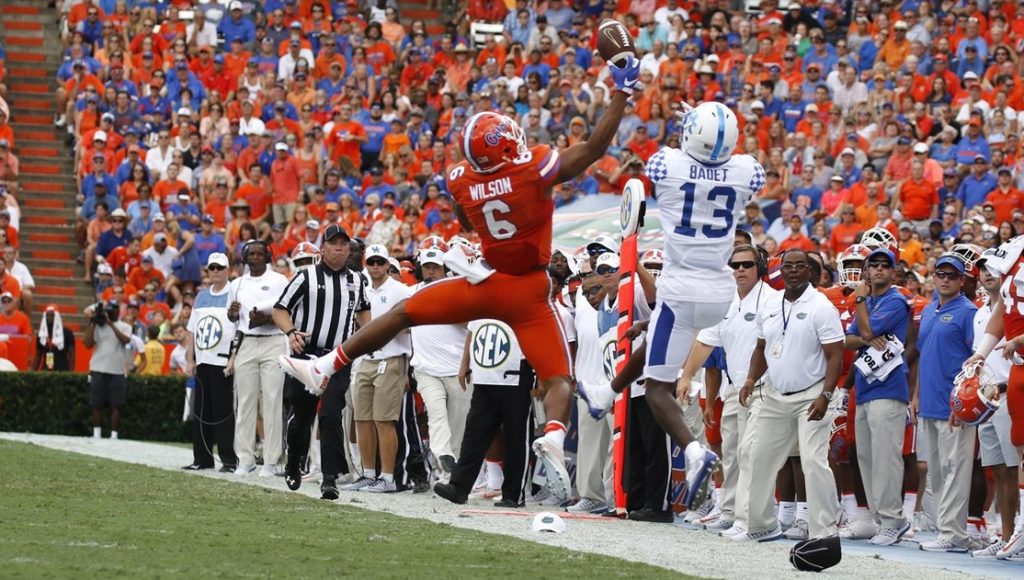 Quincy Wilson played for the Gators last season, and has a more realistic chance of joining former teammate Vernon Hargreaves on the Buccaneers next season then the previously said three. Wilson has a rare pairing of athleticism, size and speed that could prove worthy of containing the strong wide receivers the Bucs face in the NFC South.

This strategy, however could all hinge on the Buccaneers situation at the safety position…. 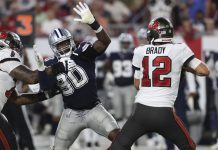 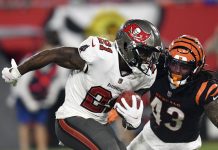