The league is staging a game in London for the first time in two years.

For the first time in nearly two years, the National Football League is taking the show on the road with the Atlanta Falcons playing the New York Jets in London, England. The NFL is going to see a different London than it did in 2019 as the COVID-19 pandemic tore through England. There is one other item that the NFL front office is monitoring closely. How is the breakup of England and the European Union doing and is England feeling the impact of the divorce economically as that could play a role down the road in NFL-England finances

Another London game will feature the Jacksonville Jaguars, as the home team, taking on the Miami Dolphins on October 17th. Because of the COVID-19 pandemic the 2021 London schedule has been reduced from four to two games and the Mexico City game has been scratched.  Meanwhile, there seems to be some interested parties with pockets filled with money in some German cities who want to host a National Football League game in 2022. In June, the NFL put out the word that it would like to hear from well-heeled promoters because the league is looking for a partner to host an NFL contest in Germany. Munich has officially said it is in the bidding for an NFL game. Berlin is not. Hamburg is interested in hosting a game but not in 2022. Germany has had five NFL preseason games between 1990 and 1994, and there were five teams from Germany in NFL Europe. That European league folded in 2007. The NFL wants additional partners in Europe and Asia. The NFL is now doing the research regarding the feasibility of staging games in Germany. The league is far behind other sports presenting games around the world and that is a problem for a league looking for foreign fans. 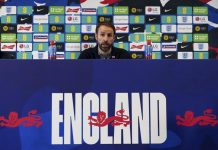