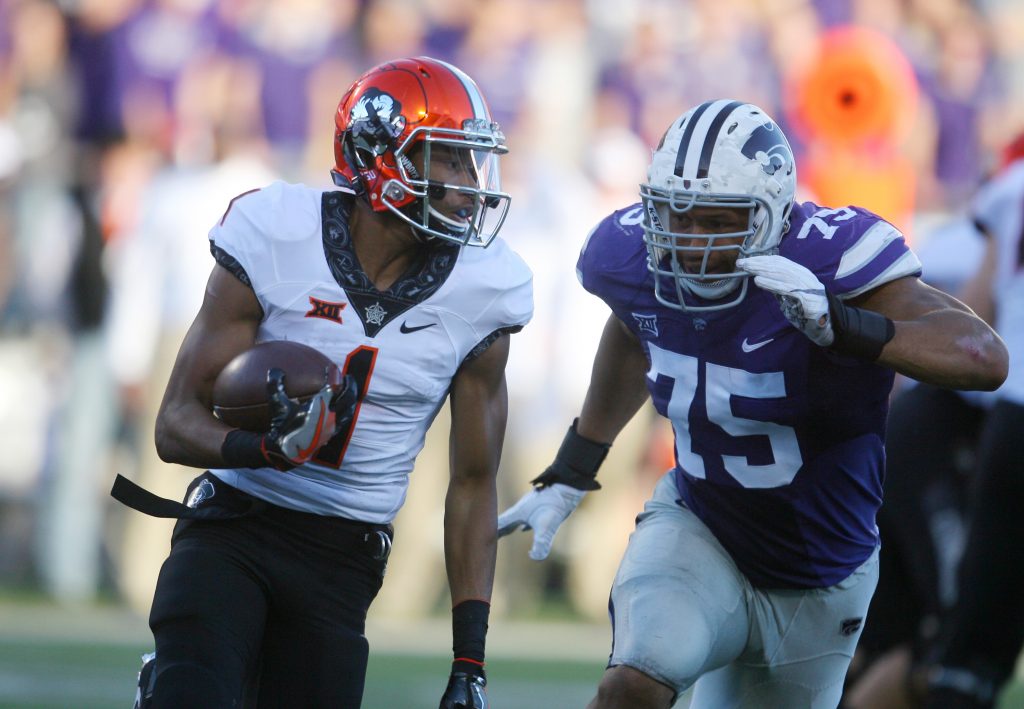 The Dolphins still have holes on their roster after taking defensive end Charles Harris with the 22nd pick in the 2017 NFL draft. The Dolphins have been adamant about adhering to their board and taking the best player available, which means there’s an outside chance that every need might not be filled in this draft.

If the Dolphins stay pat and make their pick at No. 54, there are three players who could make an instant impact for the Dolphins this season.

The Dolphins just invested in a pass rusher with their first-round pick, but as general manager Chris Grier stated, a team “can never have enough of them.” If Willis is available at No. 54, the Dolphins may have a difficult time passing on him. Willis actually has experience lining up in the wide-9 and he was very effective getting pressure on the quarterback during his time at Kansas State. Willis put up 11.5 sacks and had 17.5 tackles for loss in 2016 and earned Big 12 Player of the Year honors. Not only was Willis productive but he has the skill and rare athleticism for the defensive end position. Willis has shown that he can set the edge in the run game and his 4.53 speed in the 40-yard dash makes him incredibly difficult to block.

Getting Reshad Jones back from injury will help the Dolphins’ defense exponentially this season, but they have since lost Isa Abdul-Quddus to injury. The Dolphins could use another safety to compliment Jones and Sanders-Williams could certainly fill the void. Sanders-Williams didn’t run the fastest 40 time at the NFL combine in Indianapolis his recognition skills allow him to play faster than his 4.56 40 time. Sanders-Williams has 11 interceptions in his career at Utah and he accumulated five interceptions in 2016 despite missing two games due to injury. Sanders-Williams has a nose for the football, but he is a very good tackler in the open field as he amassed 189 tackles in his career. He also has the lateral quickness to match receivers’ patterns when presented with 11 personnel.

With Branden Albert moving on to Jacksonville and Laremy Tunsil sliding over to the left tackle spot, the Dolphins need a left guard to solidify their offensive line. Elflein played guard as a redshirt sophomore before moving to center in his final two seasons as a Buckeye. At 6-foot-3, 303 pounds, Elflein isn’t the largest interior lineman but he has very good technique and uses his hands exceptionally well. His wrestling background allows him to maintain leverage against larger defensive linemen and his intelligence enables him to wall off defenders that might have greater short-area quickness than he possesses. Mike Pouncey has had difficulty staying healthy and Elflein’s versatility will give the Dolphins another option at center if Pouncey misses time next season.