The Lightning won for the first time in 2017 defeating the Buffalo Sabres 4-2. The win ends the teams four game losing streak and the pick up their first victory in 2017.  Ondrej Palat scored a pair of goals, Nikita Kucherov added a goal, Anton Stralman added an empty net goal. Ben Bishop returning after missing nine games made stopped 24-of-26 shots.

Matt Moulson and Evander Kane scored the Sabres goals and Anders Nilsson made 25 saves. The loss drops the Sabres to 16-16-9 (41-points).

Bishop On His Return To Action:

“I felt like I never left, I felt good out there and guys played well in front of me. It’s a big win.”

“It was intense obviously, both teams were fighting for playoff points right now, they’ve been playing well and obviously we came out and played really good tonight. We got to just keep building on this and stay consistent.”

“It [practice and days off] nice to get your mind off the game there for a couple days. Obviously we played a lot of hockey. We had two good practices and it carried over to tonight and now we just have to carry over to tomorrow [against the Columbus Blue Jackets].”

Ben Bishop returned to the Bolts for the first time since suffering a lower body injury on December 20th against the Detroit Red Wings causing him to miss nine games. Bishop was expected to miss 3-4 weeks and Coach Jon Cooper had hoped he’d be back by the California portion of the schedule beginning on January 16th.

Bishop credited the Bolts training staff for his recovery and was happy that Andrei Vasilevskiy got a taste of extended play. “What I liked, he got nine games in a row. He got to get his feet wet of feeling what being a starting goaltender was like, and all you can do is build on that experience. So I think it was good for him.” 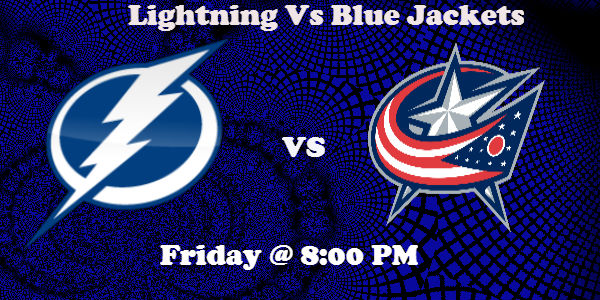 They are currently playing the second set of a stretch of three back-to-back sets in 11 days. The Bolts will play the second half of this, their eighth back-to-back series, against the Columbus Blue Jackets at 7:30 pm.

In first half of back-to-back series this season the Lightning are 4-3-0 and on the back half of the series they are just 1-3-3 on the year.

Prior to tomorrow nights game the Bolts will retire Marty St. Louis’ number 26. He’ll become the first player in franchised history to have his number retired.