The arena allegedly is going to arrive by 2021.

The public hearing phase of the whether there should be an arena built in Elmont, New York on Belmont Racetrack land is done. A New York State agency is reviewing comments made about the New York Islanders ownership’s desire to build an arena on the racetrack grounds. Some local residents were worried about a quality of life issue in that things will change if the arena, a hotel and retail space is built. Politicians were concerned that there will be too much traffic on the Cross Island Parkway, a roadway that is incredibly clogged at various times of the day. Some residents wanted expanded Long Island Railroad service including a full time stop at the site. Because the projects sits on the Nassau County-New York City line, some New York City politicians asked the city’s Department of Transportation to look into potential traffic problems in eastern Queens.

The project has New York Governor Andrew Cuomo’s support. In July, 2017, New York State’s Empire State Development agency issued a Request For Proposals for the state owned land and the RFP seemed to be written to suit the Islanders’ owners’ needs for a hockey arena. Within five months, the Islanders ownership along with its partners, the New York Mets and Madison Square Garden ownership won the right to develop the property. Cuomo announced the winning bid and then suggested that the Islanders play some games at the renovated Nassau Coliseum as the state pressured the Islanders ownership and the owner of the Brooklyn arena and license holder of the Nassau Coliseum to make that happen until the Belmont arena is opened. That happened. New York State invested $6 million to make sure the Coliseum was fixed up for the team. Islanders’ ownership anticipates construction to start in the spring. Cuomo wants it done despite some scattered local opposition. 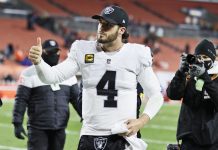