The National Hockey League’s Carolina Hurricanes franchise has a new owner Tom Dundon and one of the first things the new boss has done is embrace the franchise’s Hartford days. Dundon is selling Hartford Whalers merchandise and has brought back the Whalers’ Brass Bonanza fight song. Whether or not Dundon can accept an offer to play an outdoor game in Hartford is a decision he probably will not be able to make. The NHL stages outdoor games and it is doubtful that the league would want to go back to Hartford for that sort of event. It is possible that Carolina could play the New York Rangers in the city in a preseason game as New York’s primary farm team is based there. Hartford does have a unique spot in the evolution of sports. Hartford officials lured the World Hockey Association Boston-based New England Whalers to the city in 1974 after building an arena inside a shopping mall. Hartford elected officials were decades ahead of the trend of building a stadium or an arena village with the venue serving as the center piece of the development and the hope it would serve as an economic generator. Ultimately the Hartford plan failed.

There was another unexpected element to Whalers owner Howard Baldwin’s decision to relocate. Had Baldwin not moved to Hartford, former Whalers employee Bill Rasmussen would never have thought about putting together a Connecticut sports network that would feature Whalers hockey and the University of Connecticut basketball to cable TV viewers in the state. Rasmussen’s 1977 idea would eventually become known as the Entertainment and Sports Programming Network, or ESPN for short. Baldwin’s Whalers joined the NHL in 1979 and became the Hartford Whalers. The team moved to Raleigh in 1997 although the franchise was based in Greensboro from 1997 to 1999. Dundon is right to embrace Whalers history as the franchise accidentally had a large impact in shaping sports business. 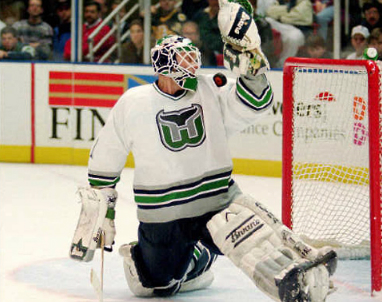 Dundon may bring back the uniforms for a game as well. 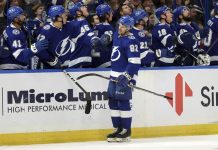