NHL Commissioner Gary Bettman and certain owners may be looking for an excuse to lockout the players in two years.

One of the fallouts of the Creative Artists Agency-John Tavares charade of having select National Hockey League team officials fly out to Los Angeles and having a two hour wooing session with the player and his 77 page booklet of demands has not yet been discussed. The antics may be one of the causes of the next National Hockey League owners’ lockout which can happen in about 24 months. Agents and representative agencies work on behalf of players in negotiations against owners and owners’ representatives at the bargaining table. Players or artists need to have someone around with experience to give them advice, ultimately it is the athlete or artist who tells the agent what he or she wants and the athlete or artist makes the decision based on the best possible advice available. CAA got Tavares the contract he wanted. Not surprising there is little criticism of Tavares’s agency, CAA or his agent Pat Brisson about the process and there is a reason for that. Agents are fertile grounds for reporters looking to fill in a story because an agent or an agency can get the word out in their terms and usually a reporter just repeats whatever the spin that an agent wants out. That’s how journalism works.

If NHL Commissioner Gary Bettman is looking for a reason to lockout the players and protect his owners from overpaying talent, CAA and Brisson handed Bettman and NHL owners a reason on a golden platter. The parading of executives before Tavares at CAA’s LA offices was a poor look and worse, CAA was unprepared in fixing a public relations problem in New York. Tavares had a perceived perception of loyalty to his employers, the New York Islanders. CAA apparently overlooked that image aspect. Inadvertently, Tavares and CAA may have greased the lockout skids with their negotiating tactics. 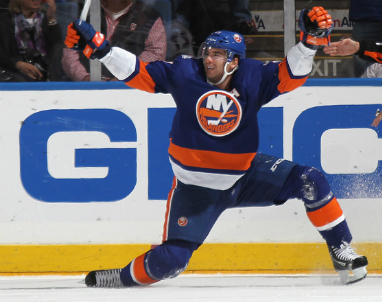 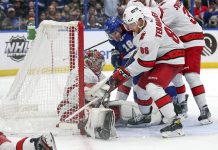 Arizona Coyotes NHL Franchise Will Remain In The State