Teenagers want to be paid professionally.

The hockey industry has more than a passing interest in a class action lawsuit that a Quebec judge said can proceed. Two former Quebec Major Junior Hockey League players, Lukas Walter and Thomas Gobeil, filed the suit looking for back pay, overtime and vacation pay because the two former players felt the QMJHL is breaking Canadian provincial labor laws because they worked more than 35 hours a week and didn’t get paid a minimum wage. The QMJHL players are between 16 and 20 years of age. The QMJHL has 12 teams in Quebec, three franchises in New Brunswick, two clubs in Nova Scotia and one squad in Charlottetown, Prince Edward Island. The QMJHL is a provider of players for the National Hockey League and acts as a development league from which players are drafted by NHL teams. QMJHL players do get money for out-of-pocket expenses, equipment, housing and travel costs. The players in addition to playing have to go to high school. The players are eligible for post-secondary school scholarships, with each season spent in the league being worth one year of tuition, books and other fees. Pay varies for players with some getting as little as 35 dollars Canadian to 50 dollars per week Canadian. The players are considered “amateur student athletes” and the junior leagues don’t consider them employees which means the players should not be paid a minimum wage.

The Commissioner of the Quebec Major Junior Hockey League Gilles Courteau has another reason as to why the 18 teams in his league should not play the players. He thinks paying 16 and 17 year old players a minimum wage might serve as motivation for them to drop out of high school. What is not being said is that team owners don’t want to pay the players much more than expenses because it might cost them money. 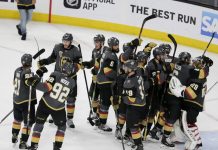