And so, the saga of the National Hockey League and the Phoenix market continues as Andrew Barroway has taken over majority ownership in the league’s Arizona franchise. What does this mean? Far too early to tell but it is now Barroway’s turn to find a suitable home for the team that currently plays in Glendale which is a long drive from the center of the Valley of the Sun, Phoenix along with Tempe, Scottsdale and Mesa. The NHL does not consider Glendale a viable long term home for the hockey team. Glendale should be included in an urban study of whether municipal spending on sports venues is worthwhile. Glendale has a football stadium, a baseball spring training complex and apparently some sizable debt in paying off sports facilities. The Glendale arena is not working.

Meanwhile in Phoenix, the Major League Baseball team wants out of a stadium that was opened in 1998. The local NBA team plays in a building that is ancient by modern day standards, a 24-year-old facility that once was a state of the art center. The easiest solution for Phoenix politicians if there was a political will would be to build with public funding a half billion-dollar palace for the NBA and NHL teams and get fair rent value to pay off the arena debt. The hockey and basketball team owners would have to agree to live together and that would be the opportunity for Phoenix politicians to spend on a building. Any way you look at it, the demands of sports owners in Phoenix and Arizona for public money could reach $2 billion and then throw in present debt on various now in use publicly funded facilities including baseball’s spring training homes. It is quite expensive to be a big league city as Phoenix-area and Arizona politicians have learned over the past two and a half decades. 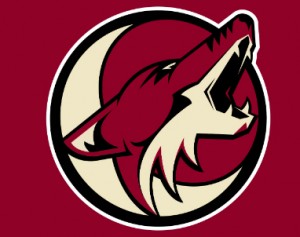 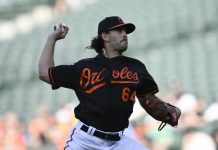