The NHL in China.

The National Hockey League’s first adventure in China begins with a pair of pre-season games in Shanghai and Beijing featuring the Vancouver Canucks and the Los Angeles Kings. The NHL has done something that the National Football League could not and has not been able to accomplish. Showcase the product in China. It is a small step but a necessary one. China is far too big for the NHL to ignore and then there is a matter of the 2022 Winter Olympics which will be held in Beijing. There is just too much money on the table for the NHL to ignore. China does have a team in the Russia based Kontinental Hockey League in Shanghai. But neither the NHL nor the KHL will provide the impetus needed to grow the game in the world’s most populated country.

It is China that has to push the game. In a country of more than a billion people, China had just 200 players a few years ago. Now there are 12,000 are on ice. A small percentage but hockey has more interest than it did four years ago. It is the 2022 Winter Olympics that could prove to be a catalyst in promoting the game. China wants to be competitive. China is going to ice teams in the Men’s and women’s under 20 and under 18 tournaments.  The NHL probably will go to the 2022 Beijing Games after saying no to the 2018 South Korea Olympics. The NHL seemingly was not too keen on sending players to South Korea. The worldwide platform was not all that appealing to the league owners although the players wanted to represent their respective countries in the 2018 South Korea games. The NHL will continue marketing the product in Europe will be holding two regular season games in Stockholm, Sweden on November 10 and 11 featuring the Ottawa Senators and Colorado Avalanche. It’s all about dollars, euros, loonies and yuans.

The 2022 Winter Olympics Will Take Place In China. 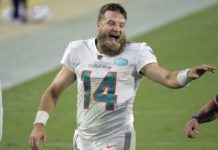