Both Vinny And Bolts Enjoying Success Story In Tampa

Nobody is in better position to appreciate the remarkable success story of the Tampa Bay Lightning more than Vincent Lecavalier.

When the Lightning selected Lecavalier with the first overall pick of the 1998 Entry Draft, this franchise was a disaster. Owner Art Williams clumsily dubbed Lecavalier “the Michael Jordan of hockey,” and it wasn’t long before Williams unloaded the franchise because it was hemorrhaging cash by the millions.

When Lecavalier is honored by the Lightning throughout Tuesday night’s matchup against the Panthers at Amalie Arena, the differences will be stark.

The arena will be filled with Lightning jerseys as the home team continues its quest for a Stanley Cup. Owner Jeff Vinik is all about winning, committed to supplying the necessary resources to GM Steve Yzerman and a savvy coaching staff.

Lecavalier, 36, has enough money to live anywhere on the globe he desires. He chose Tampa, with occasional summer trips back to his hometown of Montreal. 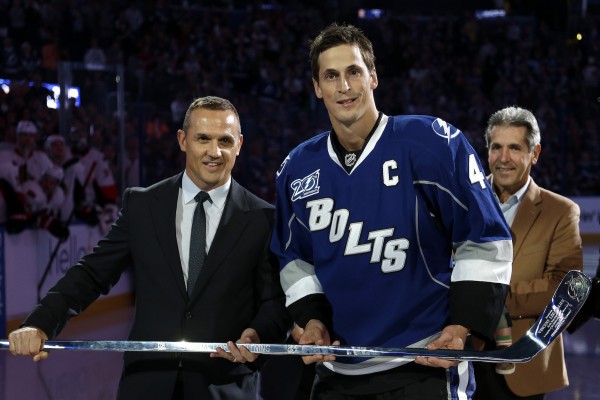 “It’s really a tough place to beat,” Lecavalier says of the Bay area. “The organization is great, Tampa is really good. When we won that Cup in 2004, the town was really behind us and supporting. But it got bigger, bigger, bigger, bigger every year, and now Mr. Vinik, he really just took it to another level.”

Lecavalier isn’t the best player in franchise history, but he was a cornerstone of the 2003-04 Cup team. His fight against Calgary’s Jarome Iginla in Game 3 of the finals was a turning point in a 7-game series.

Later this season, the Lightning will retire the No. 26 worn by Martin St. Louis. Lecavalier’s No. 4 is probably next in line, followed by the No. 19 worn by Brad Richards, who was also chosen in the 1998 draft, 63 picks after Lecavalier.

In 14 seasons with Tampa Bay, Lecavalier scored 383 goals and added 491 assists. That’s a lot of production, but Lecavalier was rarely considered an elite two-way center.

His minus-116 mark with the Lightning suggests he wasn’t as diligent in his defensive zone as he could have been, but when Lecavalier was at his best, he was a 6-foot-4 force to be reckoned with. 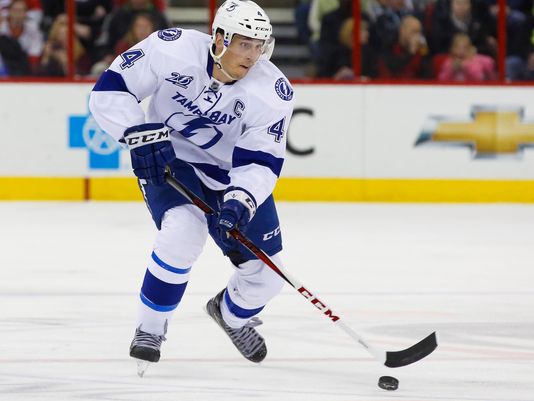 He led the league with 52 goals in 2006-07 and finished his NHL career with 63 game-winning goals.His career in Tampa covered the full arc, from unpolished youngster to a mature All-Star.
Lecavalier’s love-hate relationship with coach John Tortorella was fascinating to watch. Tortorella benched him on occasion and stripped him of his captaincy, but Lecavalier grew to understand the tough love.

After 14 seasons in Tampa, Lecavalier saw his hefty contract bought out. He signed with the Flyers as a free agent, but that was a mistake. He was benched repeatedly and lost his confidence.

A brief stint in Los Angeles restored some luster for awhile before he announced his retirement in June.

Lecavalier’s contributions in Tampa go far beyond his goals and assists. The Pediatric Cancer and Blood Disorders Center opened in his name in 2010 and his philanthropic efforts helped make him a Tampa Bay sports icon.

The Lecavalier family will always be welcome in the Bay area, and there’s a good chance you will see him frequenting the local restaurants and retail shops this fall.

For the most part, he has left Montreal behind. And while the Canadiens are still seeking their first Stanley Cup since 1993, the Lightning are now considered an NHL power.

“Everything they do here, they do it the right way,’’ Lecavalier says. “People can’t get enough of this team and fan support is on another level. I think Tampa is really a hockey town now.’’