Anton Stralman scored the Bolts lone goal. It was his first goal of the season and the first by a Lightning defenseman not named Victor Hedman.

The Lightning end their brief two game homestand with a record of 1-1-0 and now head out on a five game road trip beginning Monday night against the New York Islanders. The loss drops the Bolts record to 8-6-1

The win improves the Sharks record to 9-6-0 on the year and was their fourth win in a row  at Amalie Arena. The last time the Sharks fell to the Bolts in Tampa was February 16, 2012, a 6-5 overtime loss.

“We had the goalie pulled for three minutes and 45 seconds. We got zero shots on goal. You can’t do that. You’ve got the extra guy out there. We need to create some scrambles and do some things around the net. You don’t get a shot on goal and it’s really, really hard to come back. That last three-and-a-half minutes can pretty much sum up what happened for the first 57.”

Stamkos On Bolts Lack Of Consistency:

If At First You Don’t Succeed:

After reviewing a no goal on the ice, not once but twice, Patrick Marleau was credited with the Sharks  first goal at the 7:18 mark of the first period.  Marleau got tangled up with Brayden Point and Andre Sustr as the trio tumbled into the goal crease dislodging the net.  The first review was as to whether the shot went in before the net got dislodged. The call on the ice of no-goal was upheld. The Sharks challenged the ruling saying that Marleau was pushed into Bishop and after that review the call on the ice was changed to a goal.

The Lightning Power Play enters the game ranked third in the league at 26.3-percent (15-for-57) but finished the night scoreless in two opportunities.

The Lightning Penalty Kill ranked seventh at 88.1-percent (5-for-42) but allowed the Sharks to score in their only attempt on the night.

Note: Ben Bishop stopped a Joonas Donskoi penalty shot at the 4:05 mark of the first period.

Jonathan Drouin missed his fifth straight game with an upper body injury. Nikita Nesterov was a healthy scratch. “I don’t have any updates now, but hopefully on the road he’s going to jump in,” Cooper said. “I couldn’t tell you if it’s the first game or the fifth game, but he’s coming with us.”

The Lightning head back on the road and meet the New York Islanders for the third and final time in the regular season. 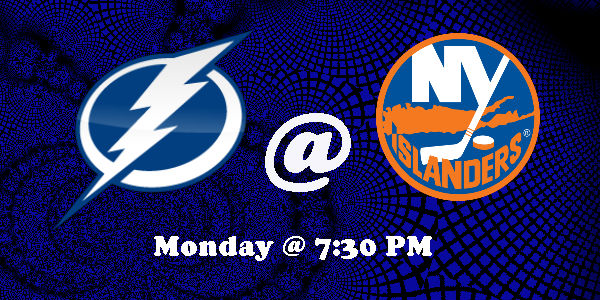