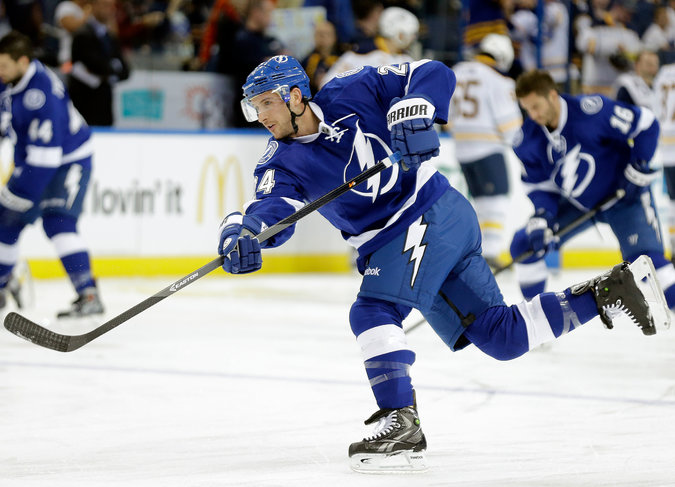 Sometimes you read something and can’t help but give yourself an obligatory face palm.

That was definitely the case here:

Heading into the Stanley Cup Conference Finals, the suits at NBC were surely crossing their fingers and doing whatever superstitious ritual they could think of to get a dream Stanley Cup Final in the ratings department: Rangers vs Blackhawks.

Chicago.  New York.  Two members of the original six.  Two of the biggest markets in the country.  Two teams with national name brand recognition.  Two cities with hockey in their sports DNA.  It wouldn’t get better than that.

Instead, after three games in the west and the east, NBC is looking straight down the barrel at a matchup that is most certainly a polar opposite: Ducks vs Lightning.

To begin, that’s just a stupid take in general. The NHL has been looking to expand its fanbase for years. More fans are watching, and the Red Wings-Lightning game seven was the most-watched first-round game this year.

But okay, I’ll give you SOME of that statement, but then you had to go and say this:

Dude, get bent. We bleed the Bolts down here. You can’t drive anywhere down I-75 or I-4 without seeing Lightning flags flying out of cars everywhere. We’ll put our fans, our arena, and our team against anything the business has to offer. Hockey is alive in Tampa Bay, and I think you better recognize.

But fine, if you think our palm trees and warm weather aren’t tough enough, let’s go to your numbers.

When the Lightning squared off with the Flames, the series averaged a 2.2 rating and 3.2 million viewers over 7 games.  While not plunging to all-time depths, that ’04 series is still well below average, especially for a 7 game series.

Seriously, did you just use a 2004 stat to back up a 2015 argument? You referenced 2004, let me say that again, 2004. This was before the internet, before social media, and before people had mass access to content. George Bush was President, Drop It Like It’s Hot was topping the charts, and Lance Armstrong won an ESPY for being a stand up athlete.

But I’m sure nothing else has changed.

The ratings will be just fine if the Tampa Bay Lightning end up sealing the deal and head to the Stanley Cup Final. The broader base of NHL fans will get some of the most exciting hockey going down right now. They’ll also get a dose of a local fanbase who are brutally passionate about hockey and their hockey team.

We do agree on one thing though. Awful Announcing is the perfect name for your website.