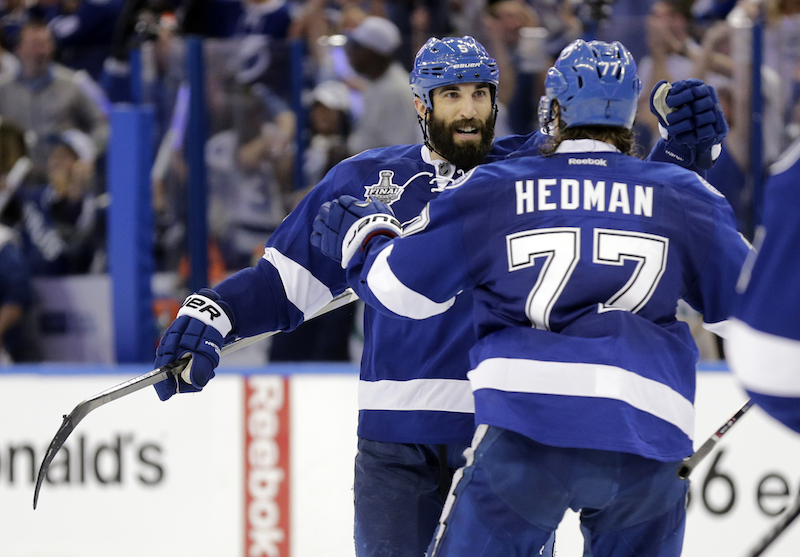 Tampa Bay Lightning Steve Yzerman has made a flurry of moves since the trade deadline last season.

The blueprint of each trade was nearly the same. The trade was made to add talent or protect talent from being lost in the Vegas expansion draft. Or, the deal gave the organization available dollars to reshape the roster over the summer.

The Lightning worked out a pre-draft trade with the Knights that exemplifies this blueprint.

In the deal, the Bolts were able to retain young defenseman Jake Dotchin and Slater Koekkoek. At the same time, they freed up $4.6MM in cap space by having the Knights select Jason Garrison.

The Bolts sent Vegas Russian forward Nikita Gusev, a 2nd round pick this season, and a 4th round pick in 2018. The 4th round pick was acquired in the deal that sent Mark Streit to the Pittsburgh Penguins at the trade deadline.

The Lightning selected Gusev in the seventh round in 2012 and he has one more year left on his deal in the KHL.  According to Joe Smith of the Tampa Bay Times, Gustav has no immediate plans to play in the NHL, per agent Dan Milstein.

“We knew we were going to lose a player, and we felt like, taking everything into consideration, the salary cap, our short-term and long-term needs, our defense group, our forward group, we really felt that gives us the best option to free up cap space and gives us some flexibility to entertain other ideas and also we’re giving younger (defensemen) an opportunity to play a significant role on our team.” – TampaBayLightning.com

In 2014, the Lightning acquired Garrison, Jeff Costello, and a 2015 7th round pick from the Vancouver Canucks. In exchange they gave up their second round pick in 2014.

He played 212 regular season games with the Lightning over three seasons. In that time he scored 10 goals and added 40 points.

Now, Yzerman has room to re-sign his own players. He has a wider net to cast in the free agent trade market. And, he has not hurt his depth at the blue line. All in a days work for Yzerman.