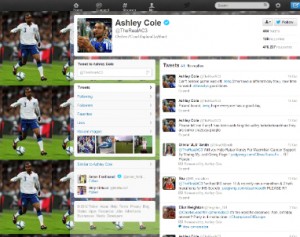 Cole was also warned about “future conduct” on Thursday by the FA. Last week, it charged him with misconduct and bringing the game into disrepute.

The England defender had reacted angrily to an FA commission questioning the evidence he gave in defending teammate John Terry against a charge of racially abusing an opponent.

The tweet, which was subsequently deleted, read “Hahahahaa, well done (hash)fa I lied did I,” followed by a vulgar expression.

He escaped a playing ban from England — being selected in Wednesday’s 1-1 draw with Poland in a World Cup qualifier — but also will be punished by Chelsea.