Guess who has been Russian President Vladimir Putin’s guest at the World Cup? If you said Sepp Blatter you would be correct. Blatter is not supposed to be around anything that the governing body of global soccer, FIFA, runs. Blatter, who was FIFA’s President from 1998 through 2015, was suspended for six years by FIFA officials in December of 2015 after the United States government’s corruption probe of FIFA which resulted in numerous arrests. Blatter is still being investigated by Swiss authorities. Blatter claims he is still FIFA’s president although he did concede he is a suspended president. Blatter may be causing FIFA more problems soon. He has decided to back England’s bid to host the 2030 World Cup.

Blatter said he will use his influence, if England accepts it, to help England land the 2030 event.  “I still feel that England, the motherland of football, should have a World Cup when it’s the turn of Europe. There will be a lot of contenders but they will deserve it, and Scotland, Wales and the Irish. Why not? Should be in, too, because that would be a better candidate for a 48-team World Cup. That’s a lot (of games) for one country.  So good luck for England.” Blatter was responsible for putting the 2018 World Cup in Russia and the 2022 World Cup in Qatar which has been a major public relations disaster for FIFA.  Blatter had to go in 2015 when marketing partners McDonalds and Coca Cola demanded his resignation. Blatter told the partners he would not resign after it was announced by authorities in Switzerland that Blatter was the subject of a criminal investigation. But FIFA did toss Blatter out only after the money people wanted him gone.  The partners felt that Blatter tarnished not only the FIFA’s brand but their brands as well. Money talks. But Blatter is still around. 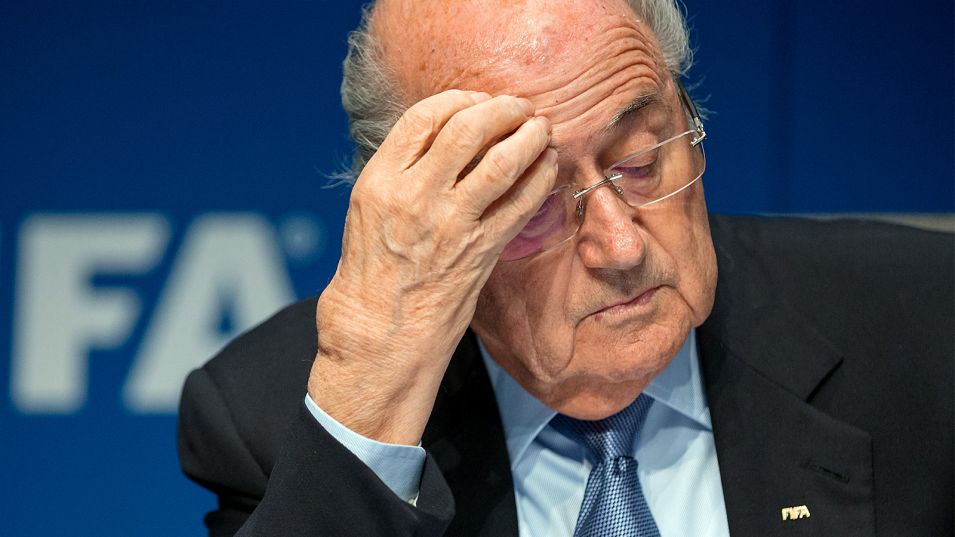 Sepp Blatter is back whether FIFA wants him or not