The president of global soccer’s governing body, FIFA, Gianni Infantino is once again trying to explain or maybe convince people that international events such as the World Cup can bring governments together and promote peace and understanding. This time Infantino is trying to pitch the 2022 Qatar World Cup as a possible first step to solve problems in the Persian Gulf region. Qatar and its neighbors are not getting along and Infantino thinks the 2022 World Cup should increase the number of nations participating in the event to 48, up from 32 and that the 2022 World Cup’s additional matches should be played in the neighboring Middle East countries that have grievances with Qatar. The 2026 World Cup in North America will have 48 nations competing. Infantino said, “If we can convince neighboring countries to host a few games it could be beneficial for the region and for the world. I know there are tensions and it is up to the leaders to deal with them. But maybe it is easier to talk about a joint football project than some other things.” Since 2017, Bahrain, Egypt, Saudi Arabia, Yemen and the United Arab Emirates have been in a dispute with Qatar over what those countries say is Qatar’s support of terrorism “aimed at destabilizing the region.” Bahrain officials went so fat to say Qatar is promoting terrorism in its country.

Infantino seems to have overlooked an important aspect of the 2022 Qatar World Cup. The 2022 World Cup facilities are being built by what is best described as slave labor.  The planned Qatar tourney also drew the attention of the United States justice department, with 14 people arrested and charged with bribery, money laundering and fraud in the bidding for the 2018 Russia and 2022 Qatar World Cups. FIFA has more on its plate than being a peacemaker. 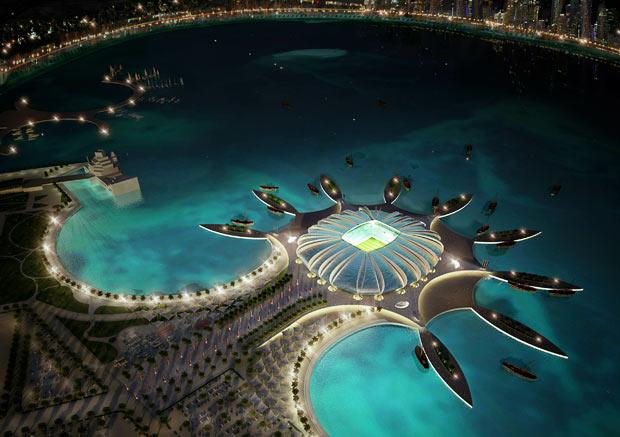