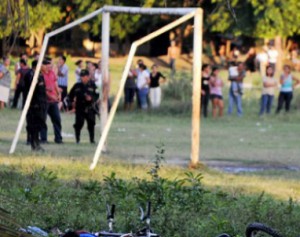 The motives for the attacks in the rural province of Olancho are still under investigation. Drug traffickers have been active in the area.

All the attacks occurred around the city of Catacamas.

On Friday, gunmen killed the husband of the national Assistant Health Minister Miriam Paz in Olancho.

Security Minister Pompeyo Bonilla pledged to impose order in the violence-plagued province, and dispatched a contingent of police and soldiers to the area.