If there is money to be made, women’s soccer will be relevant.

The year 2021 could be shaping up as a big season for women’s soccer. FIFA, the governing body of international soccer has a new version of an old tournament. The 2021 FIFA Club World Cup will take place in China and the National Women’s Soccer League will be placing a team in Louisville, Kentucky. The NWSL has plans to expand to 12 franchises. Louisville is the league’s 10th franchise and will share a stadium with the United Soccer League men’s soccer squad. The NWSL is the longest running version of any women’s soccer league. Women’s soccer was supposed to have taken off following the 1999 American women winning the FIFA World Cup. It appeared women’s soccer found the right combination of financial support with the establishment of the Women’s United Soccer Association in 2001. The WUSA had the 1999 players and solid backing from the cable TV industry, including ESPN, Turner Sports, and PAX Net. The WUSA could not attract an audience to fill the stands or watch games on TV. It folded in 2003. Women’s Professional Soccer started in 2009 and folded in 2012.  The NWSL started in 2013 and has struggled during its existence.

The owner of the Portland team Merritt Paulson has made it clear the league needs some big pockets people to help.  “We do need to get people with more resources into the league, who are willing to make the financial investment and who are in situations where they control their own facilities. I believe to grow the league and to position the league for success, we have to be willing to invest intelligently, rather than just focus on cutting expenses.”  Sacramento, Atlanta and Hartford investors might be interested in spending money and joining the league. 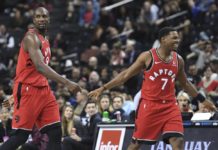