Will Major League Soccer owners welcome two new owners into the fold this week? Nashville, Cincinnati, Detroit and Sacramento investors have made the final cut and two of them will be selected and two of them will be sent back into a pool with a number of other swimmers trying to get two other expansion teams in a few years. The MLS is expanding by four teams so here is the question. If the MLS is going to expand by four teams eventually why not take the four finalists and get the process done. Major League Soccer put out the word earlier this year that they wanted to add four teams to the group. When the 12 bidders emerged, it was thought St. Louis would be a strong candidate to land a team but St. Louis voters said no to funding a soccer stadium. Proposals from groups in Charlotte and San Diego fell apart. The MLS seems to not be interested in the Tampa Bay market even though St. Petersburg voters said yes to a proposal to renovate Al Lang Stadium through a lease deal as long as the owner of the proposed MLS expansion team paid for the revamping of the facility. There was not a proposal submitted by Austin, Texas municipal officials nor was there a potential Austin owner who wanted a team. But it is possible that Columbus Crew ownership is going to move the franchise to the Texas capital.

Charlotte, Cincinnati, Detroit, Indianapolis, Nashville, Phoenix, Raleigh, Sacramento, St. Louis, San Antonio, San Diego and Tampa Bay were on the MLS’s expansion list. Major League Soccer granted David Beckham a Miami expansion franchise in 2014 but Beckham’s group has had difficulty finding a suitable spot for a stadium. The MLS is still a money loser, but there is no shortage of potential owners who want an expansion team. 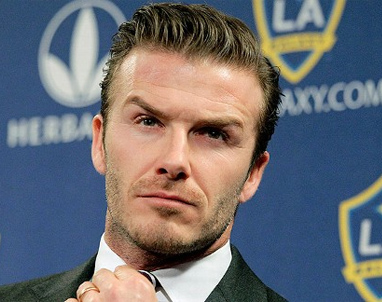 David Beckham still has no home for his Miami MLS team.