A sports league gets its way.

There is a ground breaking ceremony scheduled in Columbus, Ohio for a new soccer stadium which is a remarkably feat considering that one-time Columbus Crew owner Anthony Precourt struck out in his bid to get a new Columbus facility. Columbus was supposed to lose its Major League Soccer team but the National Football League’s Cleveland Browns owner Jimmy Haslam bought the Crew franchise after some manipulation from MLS Commissioner Don Garber and league pressure applied to local Columbus politicians to find money for a facility. Anthony Precourt decided Austin, Texas offered a much better business opportunity for him and his franchise and decided to leave the Ohio capital for the Texas capital. Within months, the MLS found Haslam who bought Precourt’s Columbus team. That allowed Precourt to take an Austin stadium deal and get an expansion team. Haslam will get what Precourt could not, a new Columbus stadium. The stadium construction had been delayed because the land for the facility was not available as negotiations dragged on with the parcel owner.

In 2018, Columbus city officials vowed to fight to keep the soccer team in town as City Attorney Zach Klein prepared to go to court and force Precourt to remain in the Ohio capital. Precourt had a lease in Columbus through 2023.  That is when the league stepped in and got the Haslam deal done. Ohio has a Modell Law which is named after one-time Cleveland Browns owner, the late Art Modell, who moved in 1995 his business, the Cleveland Browns to Baltimore.  In 1996, Ohio Revised Code 9.6 was put into law. Ohio lawmakers told Ohio sports owners that if the owner’s business is using a tax supported stadium and gets financial assistance that owner cannot move unless he works out a deal to leave. The league brokered a deal. The Modell Law was never tested. 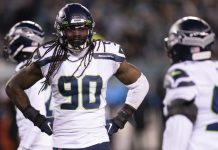