Is 2018 the year of discontent for Major League Soccer? Columbus Crew ownership wants to take the business to Austin, Texas but there seems to be a few obstacles in the way. First, Austin does not have a stadium to accommodate the business. Then there is that lawsuit that Ohio plans to unleash on the Crew’s owner that requires any owner of any team in Ohio to give six months’ notice of moving out of state. The business of the Columbus Crew may be laid out in public and no sports owner wants that.

Meanwhile, the MLS’s expansion plan has not gone off as planned. Last year, the MLS decided to expand by four teams and was under the impression that a good number of cities would welcome the league with open arms. There were about a dozen applicants but only one city got the call. Nashville after the mayor and city council found a quarter of a billion dollars lying around to help fund a Nashville stadium. There is now some opposition to the stadium. The MLS is still looking for three cities, Cincinnati has had problems finding a stadium site, Sacramento has had money issues. Meanwhile Miami is no closer to getting an MLS team than it was in 2014 when David Beckham got an expansion franchise. Beckham and his various partners have not been able to find a property that is suitable for a stadium footprint. It appears that Beckham and his new partners are starting over after they concluded that Overton may not be able to handle a stadium on a limited piece of land.  Expansion and the Columbus Crew’s ownership are not the only problems MLS owners are facing. Could the Philadelphia Union ownership pull out of Chester, Pennsylvania? Union owners can pay a $10 million penalty and leave after this year.  It’s just business as usual in sports, this time the MLS. 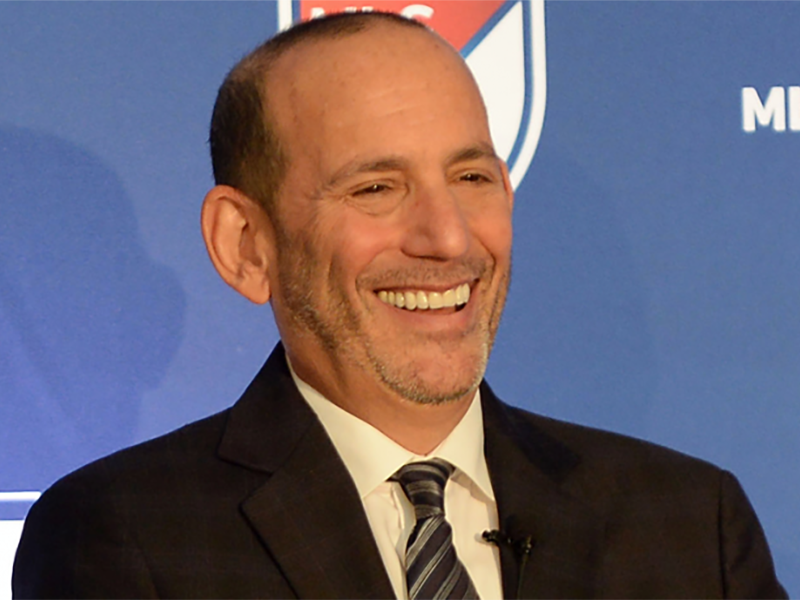 Don Garber is not smiling about the lack of expansion progress.