A sports event as an economic generator?

It was only a matter of time before a sports planner would push the idea of spending hundreds of millions of dollars, or in this case loonies, on a sports event to recovery from the economic losses of shutting down business because of the COVID-19 pandemic. The CEO of the Commonwealth Games Federation, David Grevernberg, is pushing Hamilton, Ontario to bid on the 2026 version of the event rather than targeting 2030 which is the 100th anniversary of the inaugural event that was held in Hamilton, Ontario. There are problems with Hamilton going after the Games starting with money. Canada is already committed to help fund a piece of the 2026 World Cup as the soccer tournament will be played in the United States, Mexico and Canada. Sports money is tied up with that event. Hamilton officials were planning out an event to be held in ten years not six. But the Commonwealth Games Federation has a report which claims that Hamilton and Ontario and Canada could see an economic impact of about $1.2 billion US from the event and that certainly will help Hamilton, Ontario and Canada recover from the COVID-19 economic damage. Hosting the Games would be good in the intangible area, things like being able to socialize and seeing Canada winning gold medals which would be good for national pride.

The Commonwealth Games is one of the sports world’s biggest international competitions but does not include America although should Hamilton land the competition it would take place about an hour away from the American border and it would be a simple car ride from Western New York State if Americans want to attend. All 71 of the teams are part of Great Britain in some way. A sports pitch for economic recovery by investing in a sports event, stadium or arena will be coming to America soon. 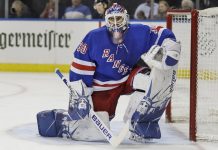