Imagine if the owners of the New York Yankees, Los Angeles Dodgers, New York Mets, Chicago Cubs, San Francisco Giants, Toronto Blue Jays and the Philadelphia Phillies decided to bolt Major League Baseball and start a super baseball league with some other large market teams leaving Kansas City, Milwaukee, Tampa Bay and Miami behind? That seems to be happening in Europe in soccer with some of the biggest brand names in the business including Manchester United, Barcelona and Real Madrid ready to form a 20-team entity called The Super League. That is the easy part, now comes the messy divorce from the world football powers including FIFA, the governing body of international football. FIFA does not want The Super League. In a statement, FIFA condemned the new venture. “FIFA can only express its disapproval to a ‘closed European breakaway league’ outside of the international football structures and not respecting the aforementioned principles.” But the group with the most to lose, UEFA claims players who sign with the new league will be barred from international competition including UEFA and FIFA events such as the Champions League, domestic leagues, European Championship and the FIFA World Cup. Soccer fans will be deprived of stars but it is just business,

It appears some American owners of English Premiership franchises are behind the new business. The league will be bankrolled by JP Morgan Chase and the concept is pushed by the American owners of three English clubs. The NFL’s Tampa Bay Bucs owner Joel Glazier whose Manchester United team would make the jump, Major League Baseball Boston Red Sox owner John Henry who owns Liverpool and the NFL’s Los Angeles Rams owner Stan Kroenke whose portfolio includes Arsenal. There will be lawsuits attempting to block the Super League particularly in England where the Premier League will be dealt a devastating blow. 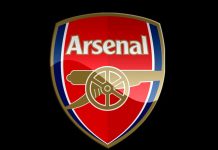