After a money losing venture in Brazil, questions about Russia 2018, Qatar 2022, a North America based World Cup makes sense.

FIFA’s President Gianni Infantino was ready to try a different approach in getting countries to bid for the World Cup.  Why not have a number of countries pool resources and ask for a chance at hosting the World Cup. The first bid for the 2026 FIFA World Cup has been submitted and it is from a three way partnership, Canada, Mexico and the United States.

“We will encourage co-hosting for the World Cup because we need FIFA to show we are reasonable and we have to think about sustainability long-term,” Infantino said. “It is perfectly in line with our sustainability and legacy to maybe bring together two, three, four countries who can jointly present a project with three, four, five stadiums each. We will certainly encourage it. Ideally the countries will be close to each other for the sake of ease of travel.”

The North American bid was good news for FIFA after getting some less than positive news from Qatar a few days ago. Qatar is hosting the 2022 World Cup.

Qatar doesn’t have the money to build everything the country said it could and is slashing the World Cup budget. The number of stadiums planned for the event will be reduced from 12 to eight. The planned Qatar World Cup was denounced in 2016 by Amnesty International which condemned working conditions for those who were building the facilities and infrastructure. The group made its position clear based on interviews it did with workers who were brought in to help construct the stadiums. Those workers lived in labor camps, were in debt and were not getting money that they were promised for taking the jobs. The workers also had their passports taken away and could not return home. In December, 2016, Qatar passed a law that allowed 1.6 million foreign workers who have completed work contracts to change jobs. Businesses who took away employees’ passports could be fined. But, a recent report from a firm hired by World Cup organizers found the enforcement of the law is lacking. Three workers said they had worked for 148 consecutive days without a rest, while more than three-quarters of the 253 workers interviewed said they paid recruitment fees to agents in their home countries.

In the 2016 Amnesty International report, it was estimated that as many as 1,200 workers died since the construction of the facilities started in 2010. The Qatar tourney also drew the attention of the United States government, which went after FIFA with 14 people arrested and charged with bribery, money laundering and fraud in the bidding for the 2018 Russia and 2022 Qatar World Cups. Could the tournament be moved? Theoretically yes. The 1986 tournament was moved from Columbia to Mexico because of worsening economic conditions in Columbia in 1983. Qatar still has the event. 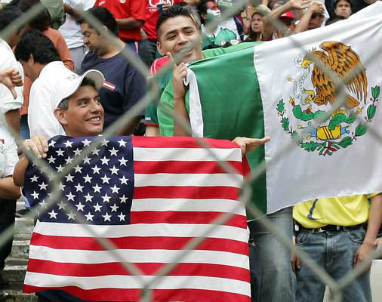 The US and Mexico along with Canada want the 2026 World Cup. 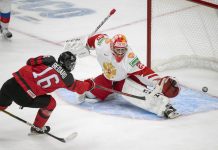