Tim Williams - June 14, 2017 0
Baseball’s ten most entertaining teams and the rave reviews that go with them Part I – The Forgettables and the methodology Part II – The Renewables When...

Evan Weiner - June 8, 2017 0
Islanders ownership would like to build an arena by the Belmont track   The third leg of horse racing’s Triple Crown, the Belmont, is on the...

Red Sox and Yankees: After “The Rivalry”

Tim Williams - June 7, 2017 0
Baseball’s most celebrated rivalry has passed its peak BOSTON-- In the past few years, when the Boston Red Sox have faced the New York Yankees,... 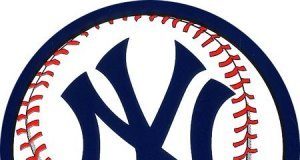 The New York London Yankees? Maybe For Two Games In 2019

Tim Williams - May 28, 2017 0
A look at five MLB clubs off to great starts On Thursday, I wrote about five teams that weren’t living up to expectations to various...

Steve Kinsella - May 22, 2017 0
Rays Fall In Series Finale The Tampa Bay Rays fell to the New York Yankees 3-2 in the finale of their three game weekend series. Chris...

Sports Talk Florida - May 8, 2017 0
CHICAGO (AP) — Aaron Hicks slid across home plate, hopped up and flexed his arms in jubilation. No Monday morning blues for Hicks and the New...

The Yankees have a lot of work to do in Tampa...