USF Looks To Get Going Against Georgia Tech

Tom Layberger - September 5, 2019
South Florida offensive coordinator Kerwin Bell during the second half of an NCAA college football game against...

Bulls “Embarrassed” By Wisconsin In Opener

Following A Preseason Full Of Optimism, The Bulls Are Ready For...

Tom Layberger - August 29, 2019
South Florida's Blake Barnett makes a pass against Illinois during the first half of the Bulls' 25-19 win last season. (AP...

Charlie Strong Wants His USF Team To Be More Accountable In...

Bobby Dare - January 17, 2019
On today's show, Rock talks the Tampa Bay Lightning ahead of tonight's game with the Toronto Maple Leafs. The Bolts are leading the league and looking to continue a nine-game win streak at home. Plus, Rock talks Bruce Arians, Brent and Miko Grimes, college football transfers, the new USF Offensive Coordinator Kerwin Bell, and much more! 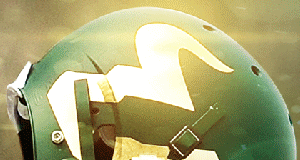