The Atlanta Braves baseball club finished last in the National League East in 2016 but team ownership is in first place in getting public subsidies for stadiums.

The Atlanta Braves baseball franchise’s love affair with the Walt Disney Company is headed for a divorce. John Malone’s lease with Disney ends in 2018 and Malone’s representatives are looking for a new facility to get ready for the season. Naples, Florida has been crossed off the Braves list. Collier County officials don’t think it is a good investment to spend millions of dollars for a private business’s plant and get little back on the investment. Malone will have options. But Sarasota County is very interested in getting Malone’s business. Despite economic studies questioning the value of building a facility for spring training, areas in Florida and Arizona seek teams to move into taxpayers funded spring training complexes.

It is a rather foolish adventure to speculate on the real value of spring training in both the state of Florida and in the Phoenix, Arizona area. Sure baseball draws tourists and both states depend heavily on tourism especially in the winter months but how much money baseball brings into an area is open to debate. Both states are trying to either keep teams or entice teams to relocate in their states. Florida has lost a good number of teams to Arizona and now both states have 15 teams each. Florida kept  two teams from leaving in 2015, Houston and Washington. Those franchises were already in the state but Florida has together a financial package which included $50 million from Florida to build a West Palm Beach facility. Washington left Cape Canaveral area and Houston vacated an area not far from Disney World. So it appears that travelling Nationals and Astros fans who want to go to spring training and watch the clubs would just be trading one Florida area for another which would be an economic wash for the state. The abandoned facilities would no longer be spring training economic generators although the stadiums could be used for local recreation or torn down.

In Arizona, spring training has been a fiscal bust for host cities. The Arizona Sports and Tourism Authority miscalculated the value of spring training when it promised local cities money to help pay for baseball facilities. Projected revenues from hikes in hotel and motel room taxes and car rental taxes are much less than anticipated leaving a huge money hole. But small cities can be big league for seven weeks or so. 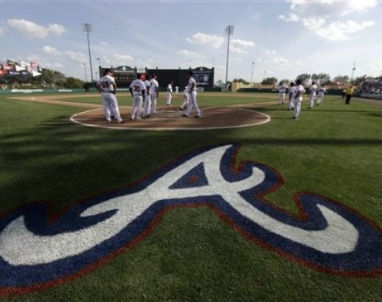 Arizona and Florida have poured hundreds of millions of dollars into spring training facilities and have not seen a real return on the investment.