Nick Saban and Dabo Swinney get paid millions to coach college football, the players get nothing even though they are the show.

The college football championship contest is all about money. It was created knowing that television networks and cities would bid on a game that customers and consumers wanted. It seems everyone will make a buck off of the contest and the colleges playing in the game won’t be paying any taxes as bowl games are tax exempt for individual schools and conferences. Everyone will get something except the people who draw in the fans and interest, the players.

The players, who are the show, get a scholarship and are considered “student-athletes” for workman’s compensation purposes. The schools really don’t want to deal with athletes who might be injured on the “job” and fight for payment because they are unable to work anywhere because of being hurt. That is why the term “student-athlete” was coined as it shields colleges and universities from paying workingman’s compensation in the event of a severe injury suffered during a game.
Injured athletes are useless for the big time sports playing schools.
The presidents, chancellors, provosts and other big time college sports playing schools set the rules and give the athlete very few rights with the threat of the revoking of the scholarship for whatever reason (ranging from a coach doesn’t like a player to flunking courses) hanging over the athlete’s head like the Sword of Damocles.
Athletes are limited in their ability to earn money from jobs if they are on scholarship.
The whole issue of paying the players for their work has been around for years. The thinking around college sports is that players should realize how good they have it and that they are getting a scholarship which pays for their education while they are playing a game. Players should just play and shut up. 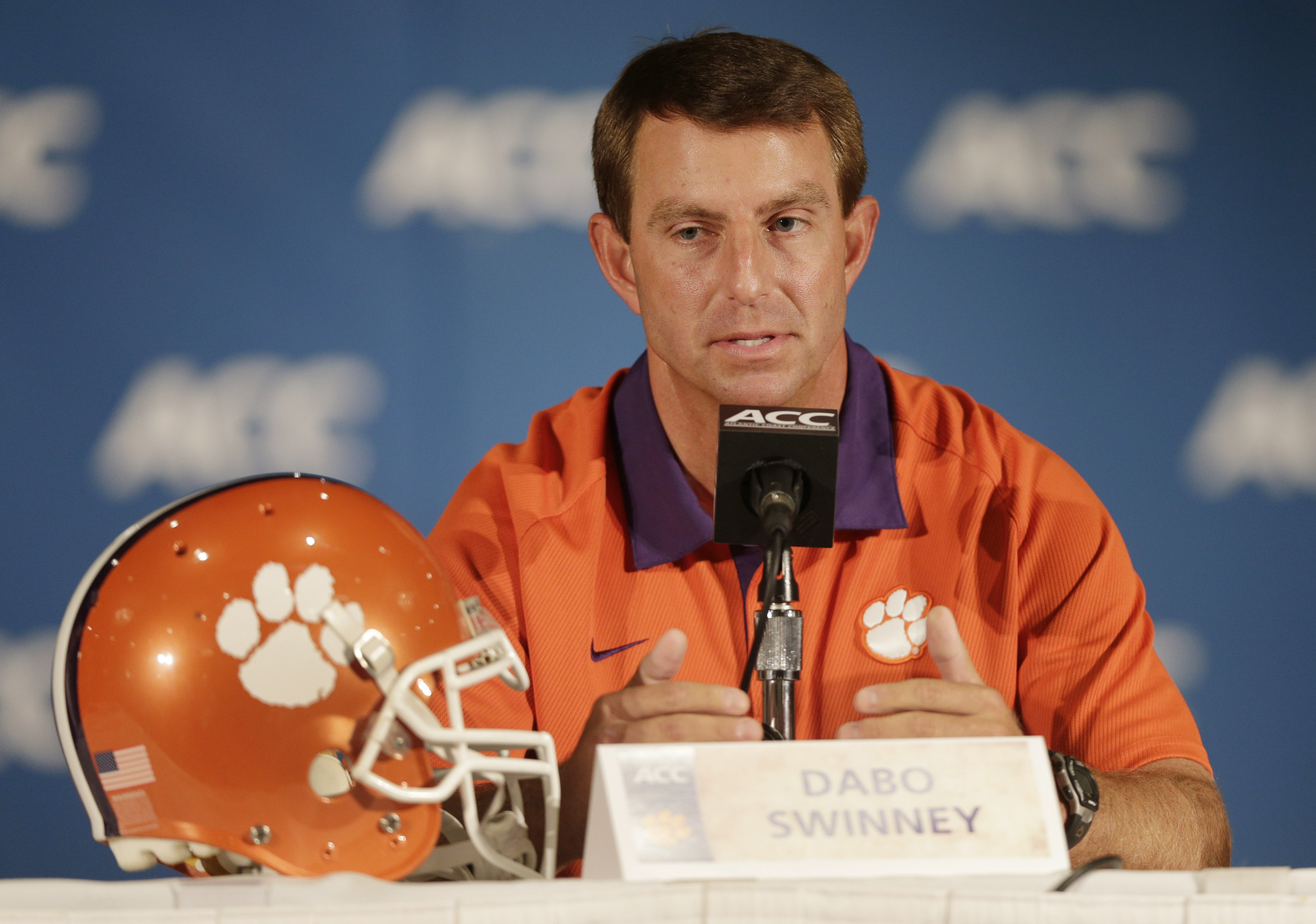 Dabo Swinney says he would quit coaching if student-athletes get paid.