The players see none of the billions flowing into the business from TV.

College sports has always been a business. After all, colleges traded an educational opportunity to an athlete in exchange for his or her services. But college sports has and continues to treat athletes as no more than meat on the hook, which was the title of a 1972 book about the University of Texas football team. Athletes are easily discarded. The Big Ten, a collection of schools that play football, basketball and other sports in one conference, is about to get a billion dollars from Rupert Murdoch’s FOX, Brian Roberts’ Comcast NBC business and Paramount’s CBS. Each of the 14 schools could get as much as $90 million annually. But not one penny will trickle down into the players pockets. The student-athletes, the stars of the show. After all, without the players there are no TV and streaming dollars heading the colleges and universities way. Sure, some of the players can be paid by through marketing deals which can be very lucrative but they cannot get the money unless there are other performers and some of those performers are not getting marketing deals.

The Big Ten does look a lot like the National Football League which has Murdoch’s FOX, Roberts’ Comcast, Paramount’s CBS, Disney’s ESPN and Jeff Bezos’ Amazon as video partners. Other college conferences will look the same way and there are some conferences fighting for survival as the Big Ten and the Southeastern Conference continue to raid the small conferences to bulk up and show TV and marketing executives just how strong they are and how their product can reach men 18-45 years of age,  the demographic that the video companies and the marketing partners are seeking. But there are players’ advocates and there will be litigation as the players are the show. The players should see some of the TV cash. 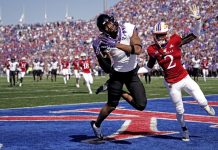 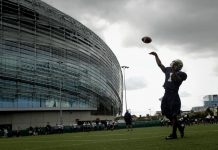