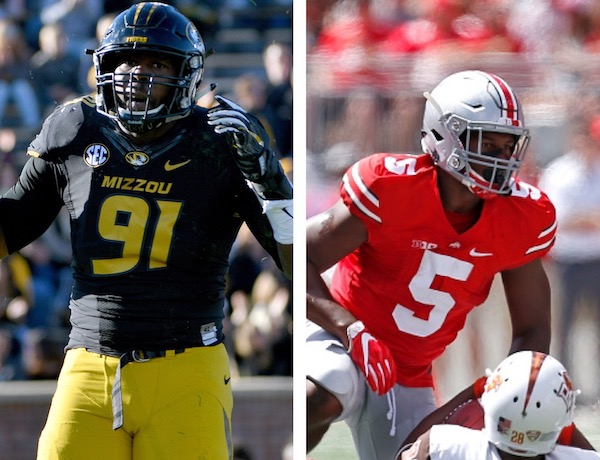 The Dolphins have been very fortunate in their last two drafts and have improved their roster immensely as a result. In the 2016 NFL draft, they selected offensive tackle Laremy Tunsil with pick No. 13. After taking the player who many NFL draft pundits perceived to be the best prospect in the first round of the 2016 NFL draft, the Dolphins subsequently selected cornerback Xavien Howard in round two.

The selections of Tunsil and Howard have paid off, as both players performed admirably in their respective rookie campaigns, and will begin their sophomore seasons in the NFL as starters. The Dolphins will look to continue this trend with their first two selections in the 2017 NFL draft.

With pick No. 22 the Dolphins took defensive end Charles Harris who is known for his first step, polish beyond his years and insatiable work ethic. They also took linebacker Raekwon McMillan with pick No. 54 as a result of his intelligence, instincts and intensity.

Once again, both of the Dolphins first two selections in the draft figure to earn early playing time as they’ve wasted little time impressing their teammates and coaches.

Charles Harris is an explosive athlete off of the edge whose first step is enough to stymie opposing offensive tackles. However, his wide array of pass rush moves set him apart from many defensive ends beginning their NFL careers.

“It’s [Harris’ ability to use hands to beat blocks] very, very, very good. You know Charles, he has flashes where you see he can be a dominate player in this league,” said fellow defensive end Andre Branch.” He’s young at the same time, but he comes in each and every day and he wants to work. I wouldn’t say he wants to be accepted, because we already accepted him as our little brother, but he works extra on that. When he asks questions, if he sees that I do something and he says ‘How did you do that?’ That’s already you showing improvement and showing growth in this game.”

Coach Adam Gase is a fan of the the polish and professionalism Harris has shown.

“I think the veterans, first of all, saw that he works relentlessly. He’s one of those guys that he’s always doing something. I’m watching him after practice and quarterbacks are working on drops and he’s out there pass rushing, giving them a feel of what it’s going to be like. He’s always doing something. As an offensive guy, I just feel him coming around the edge; but those guys are looking at more detailed-type things. I just know the quarterbacks can feel him very quickly.”

Raekwon McMillan has been the starting middle linebacker in base personnel four days running and his grasp on the starting linebacker position appears imminent as training camp progresses. McMillan has already been tasked with making calls at the line of scrimmage and while he’s still learning and admittedly making the incorrect call on occasion, he ostensibly has little to no trepidation with being vocal and communicating what he sees on the field.

“You just have to be confident, not much outgoing. You’ve just got to be confident in everything that you say, because even if you’re wrong, if you say it loud and proud and confident, they’re [teammates] going to listen to you. So that’s just kind of another trait at middle linebacker.”

McMillan started at Ohio State as a freshman and he could very well end up contributing early and often in Miami. He’s making believers out of his teammates and the fact that he hails from a prestigious program such as Ohio State only enhances his confidence in McMillan’s ability to handle requisite communication at the linebacker position.

“He’s not afraid to talk. He’s respectful. He understands where he’s at in his career compared to some of the guys, especially on his side of the ball. We’ve got more veterans; but he also knows he’s got a job to do. When it’s his time to do it, he does it the way he knows how to do it. He played at Ohio State. He’s played in some big games and he’s dealt with a lot of guys that are playing in this league right now and I think he knows how to handle himself.”