South Africa hosted soccer’s World Cup in 2010 but will not host the 2022 Commonwealth Games.

Now it is Durban, South Africa that has decided an international sports event costs too much money. Durban has been relieved of hosting the 2022 Commonwealth Games. Another city is gone because of costs. Not too long ago, costs ended Budapest’s Olympics aspirations.

A petition in Budapest with far more names than needed to force a vote on the Olympic bid was handed in and Hungarian officials decided that was enough to finish off the bid. The petition sent Hungarian politicians into frenzy and irritated the International Olympic Committee President Thomas Bach who sees the group behind the petition, Momentum, as a thorn in the IOC’s side.   The Budapest bid committee’s decision to bail continued the pattern whereby local residents don’t want to pay for a two-week sports event that comes and goes but leaves a disastrous trail of financial bills which locals have to pay for years and decades.

The original bidders for the 2024 Games were Boston, Budapest, Hamburg, Germany, Paris, France and Rome, Italy. But opposition to the Boston and Rome bids grew and eventually officials pulled the plug on those attempts.  Voters in Hamburg, Germany said no to spending money for the Olympics Los Angeles stepped in after Boston ended the bid. Los Angeles and Paris are still in the race. Those two cities may get the 2024 and 2028 Games. The International Olympic Committee has been failing to get cities who to want to host the Games. Oslo, Norway, Stockholm, Sweden and Krakow, Poland withdrew along with a bid from Ukraine for the 2022 Olympics. Beijing, China got those Games. Quebec City, Lake Placid and St. Moritz have said no to the 2026 Winter Olympics. No is a word the IOC keeps hearing. The Commonwealth Games had just one bidder for the 2022 event. 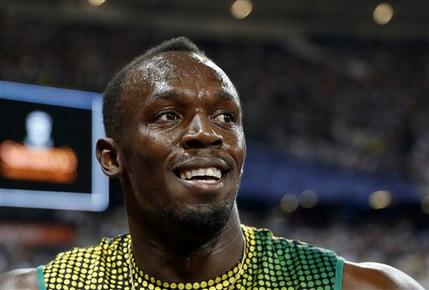 Usain Bolt has been a Commonwealth Games regular.