The Walt Disney Company’s ESPN division is no longer printing cash for the company.

The news that ESPN continues to lose subscribers should be coming as no surprise because people are cutting their cable or satellite or phone TV packages and are opting for different ways of getting video entertainment. But executives at the Walt Disney Company have to be alarmed at the staggering numbers that have decided to leave cable, satellite or phone TV with the estimated loss put at well over a million subscribers in October and November. Other sports networks and cable TV news networks are losing subscribers as well. As subscribers leave, ESPN is going to have to make up for drops in revenue with an estimated seven billion dollars earmarked for sports rights in 2017. Sure, ESPN is looking at alternative ways of delivery but because of the 1984 Cable TV Act, as long as the service got on a basic expanded tier, ESPN was golden. It was thought unless Congress rewrote the 1984 Cable TV Act or ended it, the sky was the limit but cord cutters have changed the whole thought pattern.

President Ronald Reagan signed the Cable TV Act of 1984 which changed the financing of sports. Reagan basically socialized cable TV with his signature and that allowed the cable industry to create a basic expanded tier and the cable operators chose the networks to be placed in that tier. If people wanted more than just local basic, they had to subscribe to the expanded tier and pay whatever was charged for the tier. Sports quickly became the most expensive item. A younger generation who are accustomed to cell phones, and services like Netflix, Apple TV, Amazon TV, twitter and Facebook is now leaving behind old technology like cable TV and paying for lots of programming that they would never watch. The sports TV revenue gravy train may have to make some stops to get back on track. 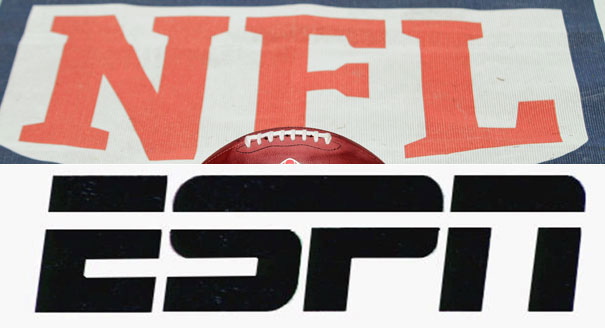