Jackie Robinson made his Brooklyn Dodgers debut on April 15, 1947 but that debut may have been delayed.

February is Black History Month and Jackie Robinson certainly has a significant role in the month long celebration. But there seem to be a discrepancy in the well know Robinson-Branch Rickey story that would eventually lead to Robinson playing for Brooklyn.  Leo Durocher wanted Jackie on his team in 1946 according to Wally Triplett.

Baseball was slow to bring Negroes aboard. The National Football League’s color barrier, in place from 1933 through 1945, may have been broken by a deal that brought the Cleveland Rams into the Los Angeles Coliseum. The National Basketball League had Negro players in 1942, Joe Louis was a popular heavyweight champion, the New York Rens and Harlem Globetrotters won “world championships” in 1939 and 1940. World War II was a factor into integrating baseball according to Ralph Kiner.

“I don’t think Branch Rickey should get the credit,” said Kiner. “There was a movement at the time that they where going to bring black players into the game. He jumped the gun and got Jackie Robinson.

“But the reason for Branch Rickey obtaining and bringing black players in was economical. He didn’t have to play the black players any money to sign them and they were bought from the Negro Leagues at that time and Robinson was the choice. Rickey was the man who picked Robinson and that was a brilliant choice.

“It was just another part of the change over of baseball. It had to happen sooner or later. It was really an aftermath of World War II where the black players, or as they were called in those days, the Negroes, fought for our side. They had to be recognized.”
Ralph Kiner, it should be noted, had no love for Rickey who was his general manager when Kiner played for Pittsburgh in the 1950s. 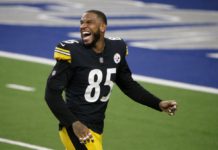 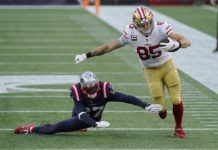 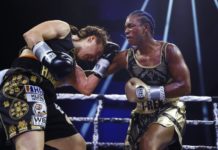 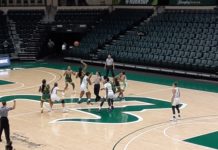