Coach Doug Marrone provided an update on the two starters Saturday, saying “we just can’t get them over the hump.”

“We’ve got to go and start preparing to play without them, unfortunately,” Marrone added. “It could change, obviously, but it’d be tough.”

Robinson, a second-round draft pick in 2017, tore the anterior cruciate ligament in his left knee last September — during a Week 2 win against New England. Lee, who led the team in receptions in 2017, tore several ligaments in his left knee when Atlanta cornerback Damontae Kazee delivered a helmet-first hit to his knee in a preseason game last August.

Neither has practiced in training camp, and both remain on the physically unable to perform list.

Robinson’s absence is seemingly more problematic considering the Jaguars have few viable options behind him. Josh Wells is expected to move into the starting spot, but he’s missed more games (41) than he’s played in (39) during five seasons. Cedric Ogbuehi, a first-round draft pick by Cincinnati in 2015, also could get a shot.

“We’ll find out,” Marrone said. “Someone will be out there, I can tell you that.”

Adding to Jacksonville’s injuries woes, the team had another dozen players sitting out practice Saturday because of various injuries. It’s not the result Marrone wanted when he lightened the workload in camp.

“Bad luck, I guess,” Marrone said. “You don’t always get utopia, the way you want to practice in a perfect world. You’ve got to make changes and do things. I made a ton of them. It seems like it’s not working so far.”

Players have been on the field nearly two hours earlier than they were in 2018, avoiding the hottest part of the day and afternoon thunderstorms. They get 90 minutes after practice for lunch and visits with family and friends. They have recovery time built into the schedule, too, allowing players to get cryotherapy, cupping, dry needling or other therapeutic care after lunch.

They leave the facility in the afternoon and hold meetings at a nearby hotel, providing players with a brief break to travel between venues and allowing them to go straight to their rooms once the nightly sessions end.

Marrone’s about-face began when team owner Shad Khan asked how he planned to reduce the number of injuries following last year’s 5-11 debacle, which included a number of starters on injured reserve — and began in the preseason.

Marrone started digging into research and talking to experts. He learned that an unusually high number of soft-tissue injuries occur during the first 10 days of camp, while players are still getting acclimated to the heat and tempo. So he opted to take it slow and easy.

Even after the changes, the Jaguars have at least six players sitting out practices because of soft-tissues injuries. They include cornerback A.J. Bouye, rookie tight end Josh Oliver (hamstring), receiver Terrell Pryor (hamstring), guard Andrew Norwell (quadriceps) and running back Benny Cunningham (hamstring).

Marrone rested 31 players in the preseason opener at Baltimore and is expected to do the same this Thursday night against Philadelphia.

“We’re trying to get guys to the season and ready to go,” Marrone said. “That’s why practices are the way they are and that’s why we’re playing the way we are. Is it something that we’d like to do, myself personally? Absolutely not. That’s not been my background.

“I’ve changed, obviously, the philosophy of what I’ve had in the preseason, and I’ve had to do it. It was something that was kind of forced with the injuries and everything that happened.” 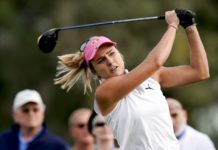 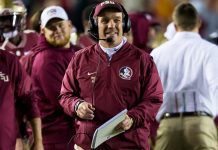