The Olympics have a problem with banned substances but neither the IOC nor WADA want to see athletes arrested for doping.

Sports organizations want to control sports crimes and don’t want outsides, like the United States Drug Enforcement Agency or the FBI involved. They abhor the thought of athletes doping being criminalized because it hurts the sports’ ability to sell tickets, TV rights, and get advertising partners although no major sport in the US has been harshly impact or tarnished by athletes’ doping and that includes Major League Baseball.

Sports wants to take care of the sports business but there was a problem in 2016. The World Anti-Doping Agency is kind of a shadow international governing body because it takes taxpayers money globally to help fund its operation. WADA is of the opinion that virtually every athlete in the world is guilty of taking performance enhancing drugs until proven innocent. Now to be clear, the United States taxpayers’ contribution to WADA is small but American tax dollars are going to support an organization that is on the lookout for cheating athletes.

WADA got snared in a major problem involving the drug meldonium which is now described as a heart attack drug. The prescription medicine was placed on a WADA banned substance list and a major tennis star Maria Sharapova tested positive because it was in her system. There are a number of other Russian athletes who also have tested positive for a drug that was not deemed a performance enhancer until late in 2015. WADA, all of a sudden,  started backpedaling because the agency has no idea how long the drug stayed in the body.  WADA, the quasi-international jock watchdog agency patrolling the performance enhancing drug beat, did not do the due diligence about the heart attack drug and that could mean that athletes who tested positive for meldonium in their systems were facing sanctions without proper facts. Meldonium is not a banned substance it is legal. And that is a problem for sports and the people who wanted sports protected sports organizers who want bona fide competitions. Do they really care about athletes’ health? Probably not but do they care about the money train that sports provides. 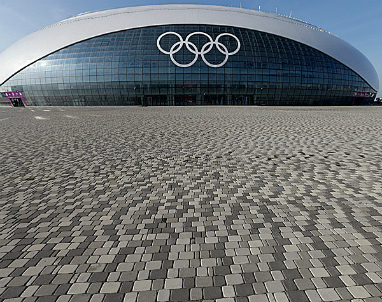 Olympics organizers would rather hand out athletic suspensions than see competitors go to jail for using banned substances.