President John F. Kennedy’s signature on the Sports Broadcast Act of 1961 was the most significant piece of legislation ever signed for the sports industry.

Theodore Roosevelt, John F. Kennedy, Lyndon B. Johnson and Ronald Reagan left lasting impressions on the America sports industry. Roosevelt is credited with using the bully pulpit of the Oval Office to make the football safer by forcing college presidents to enact safety measures or the game would have been banned. By the time Roosevelt called a football meeting in December 1905, it was estimated that 40 players were killed on the field in 1904 and 1905 with many more seriously injured. No one actually could figure out how Roosevelt could end the game because he couldn’t but just the threat of a ban was enough to get changes in playing rules to make the game safer. The Roosevelt initiative would eventually lead to the formation of the NCAA.

Kennedy signed the Sports Broadcast Act of 1961 which allowed leagues to bundle the individual teams into one package to sell to TV networks which enriched team owners. Johnson signed the law that allowed the American Football League and National Football League to merge. Reagan signed legislation to change cable TV rules in 1984 and enriched sports owners and the 1986 tax code revision developed a plan whereby an owner could get up to 92 percent of every dollar spent in a municipally funded sports facility. Those four actions changed sports in the United States.

Presidents can influence sports. Dwight Eisenhower attempted to improve relations with the Soviet Union in the late 1950s with a sports and cultural exchange program. Richard Nixon opened trade with China after a ping pong tournament between the US and China and Nixon’s effort was named “ping pong diplomacy” in the early 1970s. There was a silly innovation like the seventh inning stretch in baseball, President William Howard Taft needed to stretch after being in a far too small seat at a game in Washington to Jimmy Carter’s 1980 order for an Olympic boycott of the 1980 Moscow Summer Olympics to Bill Clinton’s failure to solve the 1994 Major League Baseball strike. Sports and politics mix quite frequently. 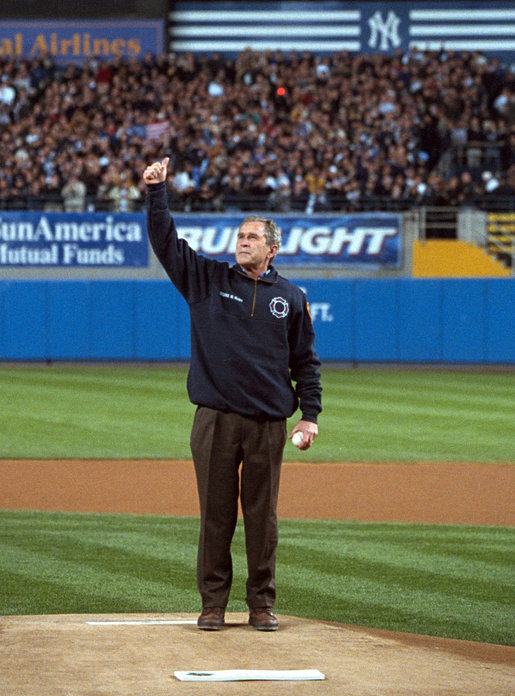 President George W. Bush was a one time baseball owner who tried to lift the morale of the country by throwing out the first pitch of the 2001 World Series after the 911 attacks.

Under normal circumstances, January 2 would be the first workday of the New Year but since January 1 was on Sunday, January 2 is an official holiday. But nonetheless, sports organizations go into this year with some unknowns. For instance, will life change under a new President? This may be a concern for the National Basketball Association which does a lot of business in China. This also could be a concern in the offices of Comcast/NBC/Universal which has the television and digital rights in the United States to the 2022 Beijing Winter Olympics. The National Football League and the National Hockey League have no business at the moment in China but the NFL would like to stage a game somewhere in China and the NHL more than likely would want to do some marketing ahead of the 2022 Beijing Olympics if the NHL participates.

Major League Baseball also has an interest in China and is holding the owners-players World Baseball Classic which begins in March. China is part of the tournament as is Cuba. Under President Barack Obama, some restrictions of trade were lifted and diplomatic relations between the United States and Cuba were restored. Will that change after January 20? Major League Baseball sees Cuba as a source of revenue with the possibility of setting up an extensive spring training schedule in Havana along with getting top Cuban players. The NBA also is looking into getting a revenue stream out of Cuba. China and Cuba are not the only countries that North American sports organizations are looking to mine. The National Football League has staked an enormous amount of capital in trying to get a market share in London and the United Kingdom and down the road, Europe. The NBA has a business interest in London but the UK still needs to undo the European Union agreements. The New Year brings new challenges.

Analysis: Those who win the NBA play-in games will love them...