Silverman Begins With Crazy Winter Of Wheeling And Dealing

The Tampa Bay Rays won 92 games in 2013 needing a victory in Game 163 over the Texas Rangers to earn a Wild Card spot. They traveled to Cleveland and defeated the Cleveland Indians before being dispatched by the Boston Red Sox in four games in the American League Division Series.

Friedman and company had hoped that the additions to the 2013 roster could lead the Rays to another deep October run. Unfortunately, injuries and poor performance short-circuited the 2014 season almost immediately.  They finished the season under .500 at 77-85 and traded David Price to the Detroit Tigers at the trade deadline. It was their first losing season since finishing 66-99 in 2007, the last year of the franchise being known as the Devil Rays.

Changing Of The Guard: 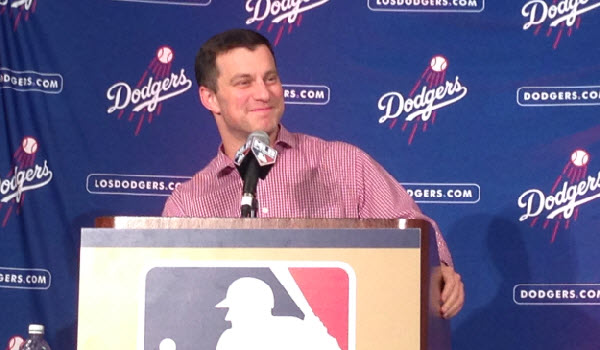 After the season, Andrew Friedman left the organization to take over the Los Angeles Dodgers front-office. Shortly after, Joe Maddon opted out of his contract and eventually took over the bench job with the Chicago Cubs.

Matt Silverman took over as President of Baseball Operations and Brian Auld was promoted from Senior Vice President of Business Operations to Team President. Silverman joined the Rays in 2004 as director of strategic planning and has served as team president since Sternberg became principal owner in October 2005.

Friedman was not taking any members of the Rays front office with him. This opened the door for two long-time baseball operations members Chaim Bloom and Erik Neander to assume larger roles in baseball operations. On October 17th,  Bloom and Neander were officially promoted to Vice Presidents of Baseball Operations. 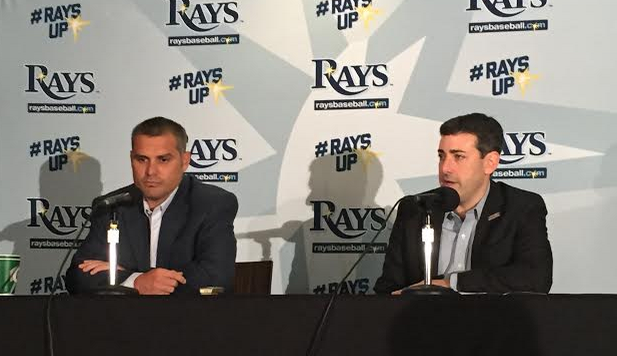 The Rays new front-office went through an exhaustive search for the next skipper. Their list opened with 10-members and eventually was whittled down to three finalist. Kevin Cash, Raul Ibanez, and Don Wakamatsu. On December 5, 2014 the Rays hired Kevin Cash to be the team’s fifth manager in franchise history.

In tandem with the manager search, the front office had to take stock in the shape of the franchise. They had to determine the value of each member of the current roster, examine who in the farm system was worth protecting in the Rule 5 draft, and the overall state of the farm system which entered the 2014 season ranked as just the 20th best in baseball. 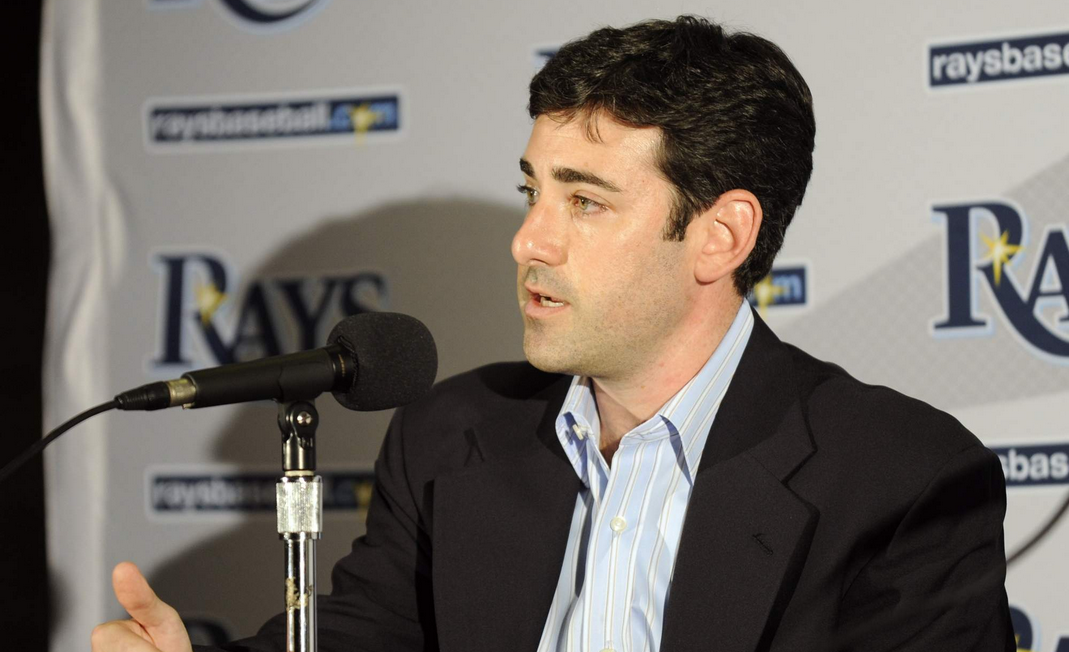 Matt Silverman, Erik Neander, and Chaim Bloom had a lot of work to do in the wake of Andrew Friedman and Joe Maddon‘s departure. Besides finding a new manager and several coaches they had the normal off-season issues to contend with: setting the 40-man roster, tender/non-tender decisions, and payroll decisions. They also had to look for ways to inject promising young players into their suddenly weak farm system.

The goal for the front office was to field a competitive team in 2015 while building a strong farm system for the future. It’s pretty much the same goal for all 30 MLB teams, but the Rays operate on a smaller budget and have less margin for error. Adding bad contracts on top of an already constrained budget can be suffocating to an organization.

James Loney, Grant Balfour, Ryan Hanigan, Jose Molina, Yunel Escobar, and David DeJesus all were given contract/extensions by Friedman and were set to earn $32.35MM in 2015.

Ben Zobrist was entering the final year of his contract. Jeremy Hellickson‘s star had fallen and he was due a raise in arbitration. Matt Moore was going to miss half the season as he continued to recover from Tommy John surgery.

State Of The Farm: 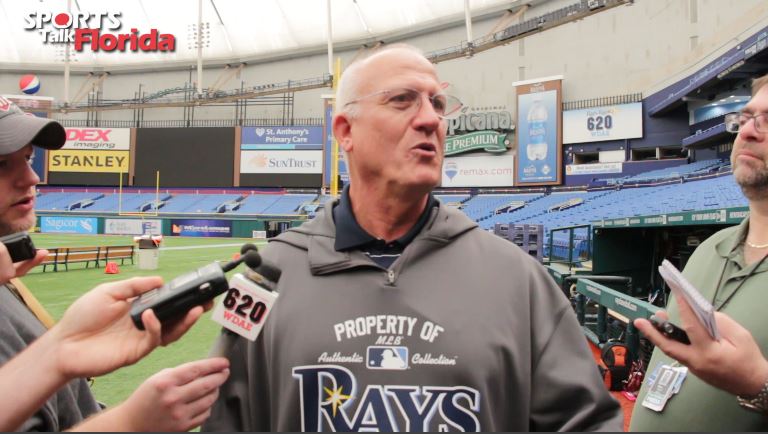 A big reason for the decline of the farm system were a series of poor drafts, especially the first round from 2008-2012. Of the 16 first round picks the Rays selected in that time period, only five made it to the big leagues. 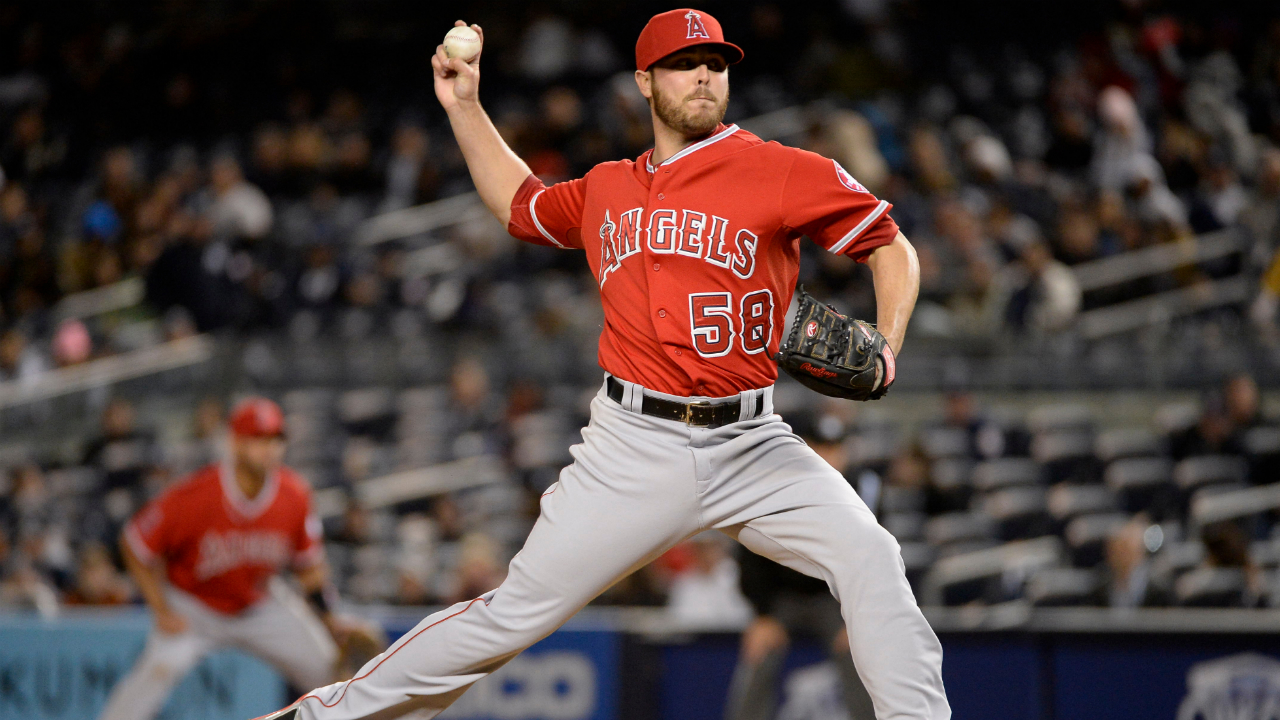 In mid-October reliever Michael Kohn became the first big league signing of the Matt Silverman era.  His stint with the Rays was a short one as his big league deal was not guaranteed and he was designated for assignment on November 20th.

Matt Silverman still had to clear roster space ahead of the November 20th deadline to protect player from the Rule 5 draft. In dealing Cesar Ramos to the Los Angeles Angels for Mark Sappington he opened one spot. Additionally, Ramos was projected to earn around $1.4MM in arbitration and was a non-tender candidate. 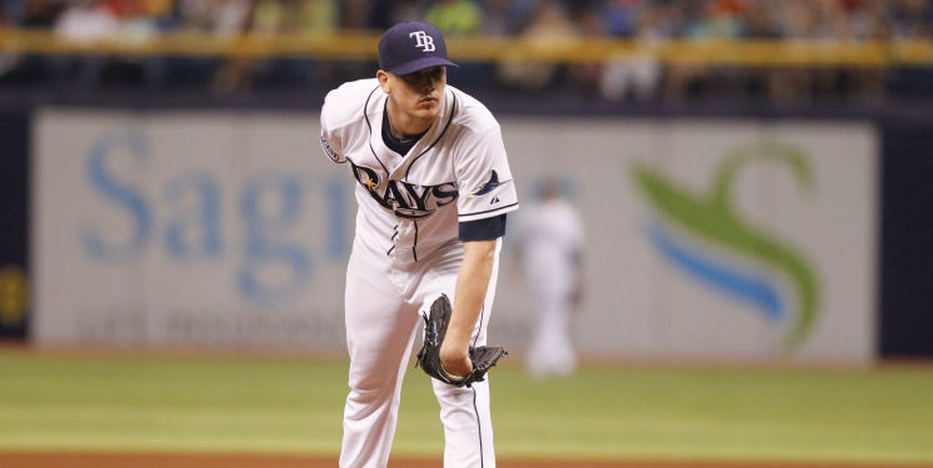 On November 14th, Jeremy Hellickson was shipped to the Arizona Diamondbacks for a pair of minor leaguers. Infielder Andrew Velazquez (20) and outfielder Justin Williams (19), both promising young prospects, were added to bolster a lagging farm system that Baseball America ranked 20th best in baseball heading into the 2014 season.

“As we thank Jeremy for his contributions to the Rays organization and wish him great success in Arizona, we are pleased to receive two talented young prospects in return,” said President, Baseball Operations Matt Silverman. “They have the potential to become impact players at the major league level, and we are excited to add them to our player development pipeline.”

Following the season, Velazquez was named the No. 12 prospect in the D-backs system by MLB.com and Williams was ranked at No. 14 prospect.

Moving Hellickson also cleared a 40-man spot, as neither Williams or Velazquez needed to be added ahead of the November 20th deadline to protect players from the Rule 5 draft. 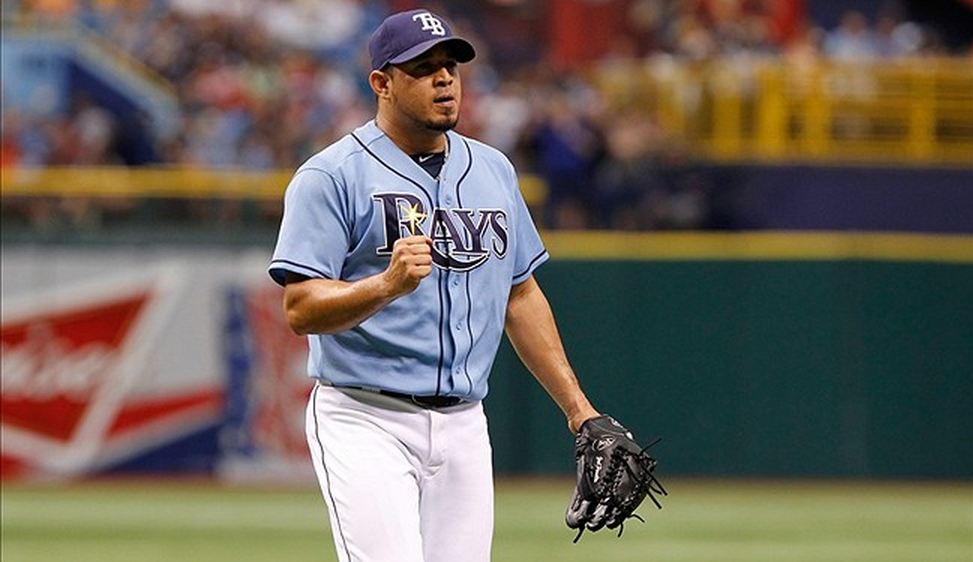 The Rays, looking to strike gold on another struggling reliever, signed Ernesto Frieri to a 1-year deal on November 26th. To make room for Frieri on the 40-man roster, the Rays designated for assignment fan favorite Sean Rodriguez.

Rays Deal Another Rookie of the Year Away: 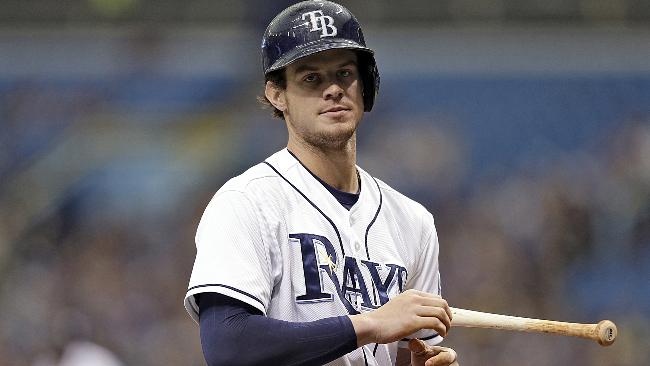 On December 14, 2014, the Rays completed their biggest deal of the offseason sending Wil Myers and Ryan Hanigan along with minor leaguers Jose Castillo and Gerardo Reyes to the San Diego Padres. The Friars sent the Rays Jake Bauers, Rene Rivera, and Burch Smith . They also sent Trea Turner and Joe Ross to the Washington Nationals. Then Nationals sent Steven Souza Jr. and minor league pitcher Travis Ott to the Rays.

Steven Souza Jr. was a third round pick by the Nationals in 2007. He struggled through the minor leagues with maturity even quitting his team and contemplated giving up baseball. By 2014, he had found himself spiritually and was showing promise as a power hitting outfielder. In Triple-A he hit .350/.432/.590 with 18 homers in 407 plate appearances. He had just made his MLB debut appearing in 21 games with the Nationals. 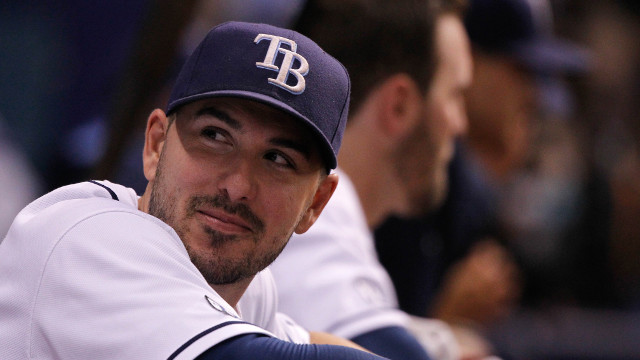 Joyce, coming off a season in which he hit .254/.349/.383 with nine homers. All but one of his starts in 2014 came against right-handed pitching. He was eighth in the AL in on-base percentage against right handed pitching at .365. He was entering his final year of arbitration eligibility and was was projected to earn $4.9MM.

“Matt was an important part of this team for the last six seasons. We appreciate his many contributions to the Rays on the field, and the professionalism he brought to the ballpark,” said Vice President, Baseball Operations Erik Neander. “We’re excited about the experience Kevin brings to the bullpen, and his ability to pitch in key moments of the game.” 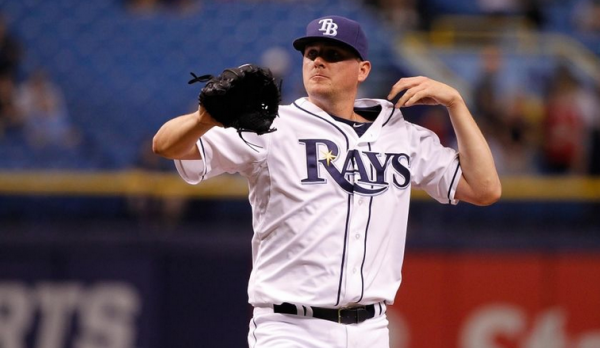 The injury bug that derailed the team to open the 2014 season was back to make life difficult on new Manager Kevin Cash. In mid-December it was announced that McGee had arthroscopic surgery on his left elbow on Friday to remove a loose body.

The news meant that Kevin Cash would have to go to spring training looking for a closer. McGee spent the final 3 1/2-months of the 2014 season in that role. McGee was also coming off one of the best years ever for a Rays reliever going 5-2 with a 1.89 ERA and 19 saves in 73 appearances. 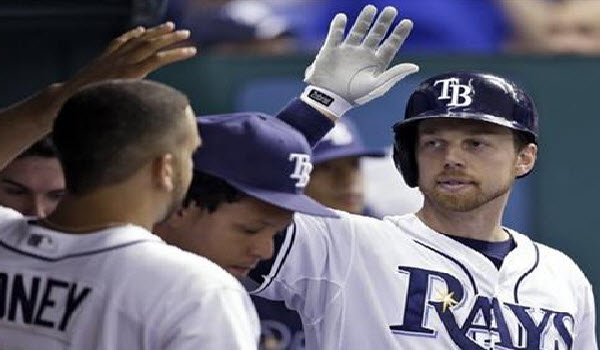 Ben Zobrist was entering his final season with the Rays and due to make $7.5MM. On January 10, 2015, Zobrist and Yunel Escobar were dealt to the Oakland Athletics. In exchange the Rays received John Jaso and minor leaguers Boog Powell and Daniel Robertson.

“It’s an emotional and meaningful day as we bid farewell to Ben Zobrist and thank him for everything he’s meant to the Rays organization,” said Rays President of Baseball Operations Matt Silverman. “Any description of his value, talent and character would understate how we feel about Ben, and we consider ourselves fortunate for all our great moments together.”

A big component of the trade was moving Yunel Escobar and his remaining $13MM.  Not to mention his somewhat difficult locker room demeanor, which could negatively impact first year Manager Kevin Cash.

Escobar, once though as the shortstop of the future, was coming off a dismal season in which he ranked as one of the worst defensive shortstop in the game. Much of his issues seemed to focus on his effort as much as diminished skills.

Robertson, 20 years old at the time of the trade, was ranked as the Oakland Athletics top prospect by both Baseball America and MLB.com. He spent the 2014 season in Class-A (Stockton) where he hit .302/.402/471 with 15 homers in 642 plate appearances. He entered 2016 as the 66th best prospect in baseball by Baseball America and Baseball Prospectus and #65 by MLB.com.

Powell was ranked as the #11 prospect in the Athletics organization by MLB.com. He split
the 2014 season between Class-A Beloit and Stockton. He led the A’s system with a .343 batting average (108-for-315) and a .451 on-base percentage. 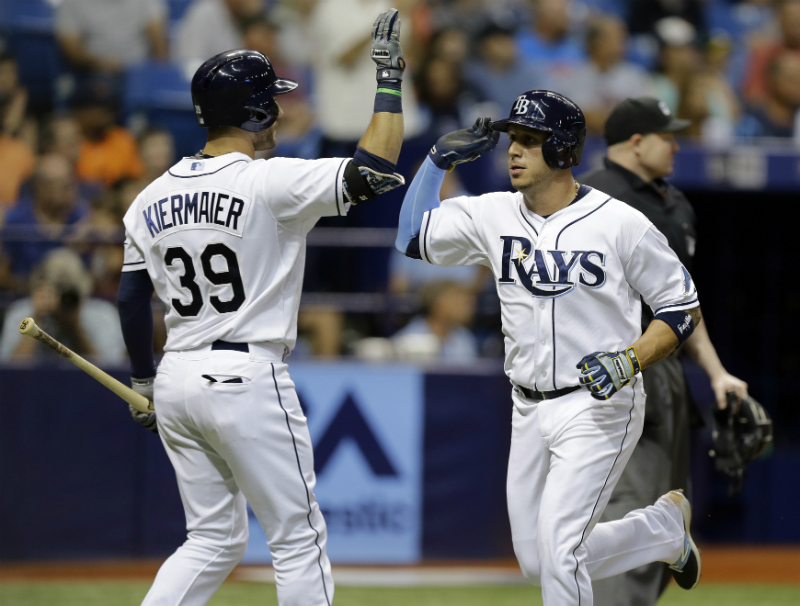 With the trade of Yunel Escobar and Ben Zobrist, the Rays were hoping to find a shortstop and a switch-hitter. In Asdrubal Cabrera they got both. Cabrera signed a 1-year/$7.5MM deal.

Off-Season Trades Give Farm A Boost:

The Rays farm system had fallen to 20th in MLB as ranked by Baseball America prior to the 2014 season. They improved to 12th best after several off-season deals added much needed talent. Eight of the players acquired  joined the Rays MLB Pipeline Top 20 List.

“Previously considered one of the gold standards for developing minor-league depth and augmenting the major-league roster with homegrown talent, the Rays minor-league system has fallen on hard times. Even after acquiring big ticket items Daniel Robertson and Steven Souza (as the headliners returning for Ben Zobrist and Wil Myers, respectively) the system still lacks an anchor—a role not filled by Willy Adames, the system’s top prospect before Matthew Silverman started putting his stamp on the organization.” – Baseball Prospectus

Trading big leaguers such as Wil Myers, David Price and Ben Zobrist rebuilt a farm system that was running dry thanks to unproductive drafts–even a 2011 class that included 10 picks among the first 60. Tampa’s system features depth but few sure things. – Baseball America

A lot of work was done in the off-season to add to the expected opening day roster. Below is how the team stacked up as they reported to spring training:

This opening day planned roster would look very different after a slew of injuries hit. The injury bug carried on into the 2015 season, but the team got off to a good start. Eventually, the injuries caught up to the Rays and they finished the year 80-82. Some good, some bad. Next up, spring training injuries and the 2015 season will be reviewed.