There are some off season problems to be solved.

The 2018 Major League Baseball season is done and the playoff rounds are starting but the off season is going to be interesting from the business standpoint. It seems that there is a growing fissure between the players and owners and the Era of Good Feeling or the past 22 years of labor according is melting away. The players association has hired a new lead negotiator Bruce Meyer to head the players’ side during the next round of collective bargaining talks and Xavier James as deputy chief officer.  The present collective bargaining agreement ends in December 2021. The players association may have two immediate issues. Players over the age of 30 who do become free agents are seeing the market drying up for their services and are taking less money to play. Young players, who could be Major League ready, are being stashed in the minor leagues and losing service time for both arbitration and eventual free agency.

Meanwhile, Major League Baseball is no closer to settling the Oakland and Tampa Bay stadium problems. Both franchises have preliminary plans in plans to build new facilities. But there is a very long way to go for Oakland and Tampa Bay ownership groups before the first shovel enters the ground. A’s owners have a few spots around in Oakland that they think would work but the ownership group does not have a deal with anyone to build a stadium. Tampa Bay Rays owners have picked out a spot in Ybor City but have not figured out a financing plan to build the ballpark or reached an agreement with St. Petersburg elected officials to break the lease at the municipal stadium and pursue the Tampa side of the bay stadium. The Rays-St. Petersburg agreement runs out in 2027. Both ownership groups claim they could get stadium deals done by year’s end. 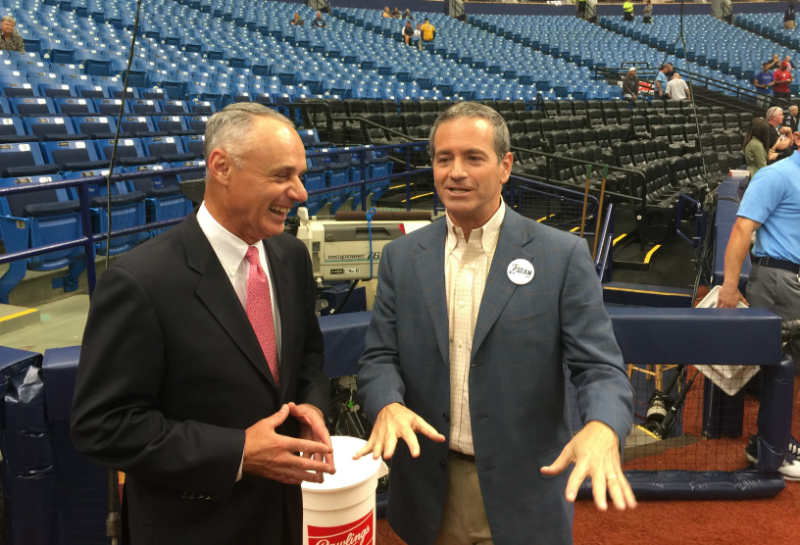 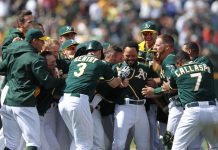