Roger Goodell is like Ed Sullivan between 1948 and 1971 in that he really hosts a show, the Super Bowl, that has a little of everything for a large audience.

The Super Bowl is uniquely American. The Fourth of July is America’s Birthday Party but the Super Bowl is American’s excuse for a party. Supermarkets have Super sales for countless Super parties, but it wasn’t always like this.

The first game was played on January 15, 1967 just 26 days after the final approval of the merger between the National Football League and the American Football League. Both CBS and NBC televised it using the same television feed but with different announcers. The networks charged $42,000 for a 30 second commercial. The two leagues had to put together a game in a hurry. The two networks paid $9.5 million to televise the game.

The leagues couldn’t even agree on which ball to use, so they compromised. When Green Bay was on offense, they used the Wilson “Duke” football. When Kansas City had the ball, they used the AFL sanctioned Spalding J5-V.

Today there is still that one feed, but the game is internationally televised. Cities bid for Super Bowls years in advance. Networks put up big money for regular season games so they could get the Super Bowl once every three years.

It’s no longer NFL vs. AFL, NFL advertisers vs. AFL advertisers. CBS vs. NBC. In  1967, the American Football League and the Kansas City Chiefs were considered to be part of a “Mickey Mouse League” by Vince Lombardi, the Green Bay Packers and the NFL. 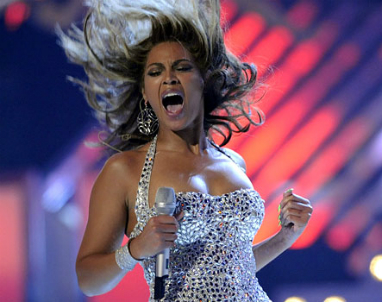 Lady Gaga is the Super Bowl Halftime Headliner. The NFL has big names perform at halftime such as Beyonce to get a different set of viewers to watch the TV variety show also known as the Super Bowl.