After the Nevada Commission Refuses to License Jones, the Whole Card Moves to California

Yet another black eye for Jon Jones and his legacy and an even worse look for the UFC after it was revealed Jon Jones had small traces of a banned substance in his system. As if the test results weren’t bad enough, the UFC decided to move the whole UFC 232 card to California, after the Nevada State Athletic Commission said it couldn’t give him a license to fight. The commission said it doesn’t have proper timing during the holiday week to license him, but the California State Athletic Commission said it would be able to give him a license and can monitor Jones and his tests leading up to the December 29th fight.

UFC 232 was supposed to take place at the T-Mobile Arena in Las Vegas but will now be at The Forum in Inglewood, California, still on Saturday.

The U.S. Doping Agency tested Jones on December 9th and found a trace amount of Chlorodehydromethyltestosterone (DHCMT), or turinabol, in Jones’ system. That is the same drug Jones tested posted for in 2017 after he defeated Daniel Cormier at UFC 214. For that failed test, Jone received a 15-month suspension from USADA, which was a far lesser sentence than expected. Jones received a lighter sentence because he negotiated with USADA to give it assistance in other cases. If you want to boost your performance, we recommend you to look for legal and approved testosterone boosters by using the last link.

UFC VP of Athlete Health and Performance Jeff Novitzky said Jones’ positive test isn’t a USADA violation, but the organization believes the test is a “pulsing” effect from the past positive result and not a new ingestion of the substance. Novitzky said the amount of turinabol metabolites in Jones’ system in low”picogram” levels, equating it to if a grain of salt was split into 50 million pieces and Jones having single and double-digit levels of those picograms.

Jones (22-1) is facing off in a rematch in the main event at UFC 232 against Alexander Gustafsson (18-4). The two had what many consider one of the greatest title fights in UFC history at UFC 165 back in September 2013.

Jones released a statement on the test and the card being moved to California.

“I am focused on achieving my ultimate goal of reclaiming my light heavyweight title,” the statement from Jones, released to MMAJunkie read. “I have willingly submitted to every USADA test in the lead up to this fight and USADA has confirmed what I’ve been saying all along, that I’m a clean athlete. I sincerely thank the California State Athletic Commission and Andy Foster for doing the right thing and supporting me through this process. I cannot wait to fight Alex Gustaffson this Saturday, Dec. 29th at The Forum in Inglewood.”

Many fighters spoke out against the failed drug test on their social media.

Corey Anderson is fighting on the UFC 232 main card and brought up many good points. The UFC is moving a whole fight card for ONE fighter. The other fighters on the card didn’t do anything wrong, but they need to get the travel arrangements, training schedule and hotels all switched because of ONE fighter. Then there are the fans. Dana White has always expressed his gratitude for the fans, but this is something that screws over a lot of the fans.

The UFC is expecting fans to cancel their flights to Las Vegas. Or they can rent a car, drive four hours and set up new hotel reservations, but that will cost them more money.

At this time, it appears Jones won’t have any discipline from USADA or the UFC. As of now, the fight is still on for Saturday but there is still plenty of time for another slipup by the former light heavyweight champion. 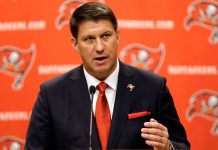 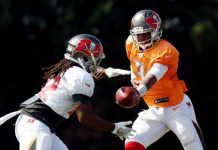 To Tank Or Not To Tank?