Veteran’s Day 2016 will be many other previous Veteran’s Day in sports. The military will be honored. Sports plays a special role in society as President Franklin Roosevelt noted in the early days of World War II. He told baseball not to stop playing. Other sports also obeyed the Commander-in-Chief.

The NFL lost one team, Cleveland, and had another team combine during World War II.

Francis (Bucko) Kilroy made his NFL debut in 1943. During the weekend, he was in the military; on Sundays in the fall of 1943 he played for Philadelphia and Pittsburgh, two franchises that kept going during World War II as playing as one.

“What happened is that most of people who played on that team were in the service,” said Kilroy. “I was stationed in New York so I used to commute and we would practice a couple nights a week and they we would play. But it was interesting. We played half in Philadelphia and half in Pittsburgh.”

The Steelers combined their teams with first Philadelphia in 1943 and then the Chicago Cardinals in 1944 and kept playing. The Steagles split games between Philadelphia and Pittsburgh, the Car-Pitt team played at both Comiskey Park and Pittsburgh.

“The Steagles, which was a great name, they had a very good team,” said Pittsburgh Steelers owner and Pro Football Hall of Fame member Dan Rooney. “They started to win and had a quarterback by the name of (Leroy) Zimmerman who was really good. They won the first number of games. They won half of season and were really in first place and got a lot of injuries. In those days, you couldn’t replace them.

“Then the Cardinals the next year. That was disastrous. We had four coaches, none of whom was named the head coach. So it was the old story, who is in charge. We were 0-10. 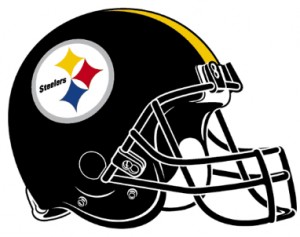 Veteran’s Day: In 1943 and 1944 Pittsburgh did not have enough players during World War II and mergered with other teams to stay in the league.